Vicious: Raking Over the Ashes of British Comedy 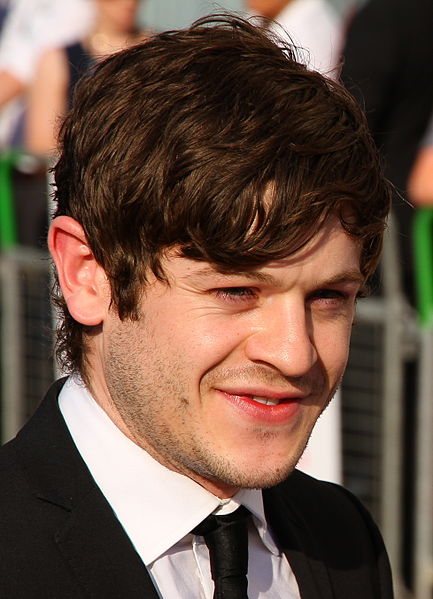 “Is this over yet then, Freddie?” enquired a hungry guest at what felt like the longest and worst catered tea party in TV history. This was episode one of Vicious, ITV1’s new Monday-night sitcom starring the absolutely fabulous Ian McKellen and Derek Jacobi as long-term lovers and antagonists, Freddie and Stuart. Freddie is a moderately successful thespian with an inflated idea of his own sexual magnetism. Former barman Stuart is the domestic one, though judging by those stale Digestives and teeny tiny sandwiches, he’s not a likely contestant for The Great British Bake Off.

The two stars may be septuagenarians and the intrusive canned laughter an unwelcome throwback to the 70s, but Vicious seemed intent on proving that it’s not Last of the Summer Wine. The high-energy opening credits sequence featured blotchy Gerald Scarfe-style graphics on a red background, accompanied by a burst of The Communards “Never Can Say Goodbye”. After a brief establishing shot of a posh Georgian town house, we were straight into the quick-fire, back-and-forth bitching between our elderly flat-mates. The plot revolved around the death of an unseen chum called Clive and speculation over the sexuality of a good-looking young neighbour Ash (played by Welsh actor Iwan Rheon).

It was when Frances de la Tour made her appearance as Violet, an old friend of Freddie and Stuart, that the feeling of déjà vu really kicked in. Watching her hand wander up Ash’s thigh, I was transported back to seedy bedsit land in the 70s, where the actress played the amorous Miss Jones in Rising Damp. Rheon’s Ash doesn’t have quite as much hair as Richard Beckinsale in his pomp, but his function as a gormless object of desire seems pretty similar.

Previewing this show, at least one commentator was enthusiastic about seeing two gay characters centre stage, rather than sniping or simpering from the sidelines. The fact that two of our most distinguished actors – both of them gay – are portraying Freddie and Stuart, should have been another positive in terms of visibility. But leaving aside the sexual politics, Vicious is just a lukewarm excuse for a comedy that is resolutely old-fashioned both in conception and execution.

As the battle of the one-liners commenced, you could almost smell the desperation coming off both distinguished leads and a studio audience who’d been primed to scream with mirth at every gag. I’m sure McKellen and Jacobi would be great company if you met them down the pub for a few pints. But here the timing was way off as they rattled around a set that looked as though it had been constructed from the bits left over from every sitcom from Steptoe and Son onwards.

I didn’t laugh, but there were there were a few moments where I couldn’t resist a wry smile. A couple of minutes into the programme, the hashtag popped up in the corner of the screen, inviting viewers to share their merriment on Twitter. (I was watching after the event, so I missed finding out whether anyone was actually laughing.)

Then there was that collection of urns on Freddie and Stuart’s mantelpiece, holding the remains of several long-dead pets. It was a reminder of how moribund this type of British sitcom is these days. No amount of feeble jokes about Zac Efron or references to Lord Grantham can disguise the fact that this would have been out of date in Lord Lucan’s day. Those weren’t canine remains in the jars – they were the ashes of Leonard Rossiter, Ronnie Barker, Arthur Lowe and all the other greats from an era when Britain made comedies than were funny and not simply embarrassing.