The Secrets of Broadchurch 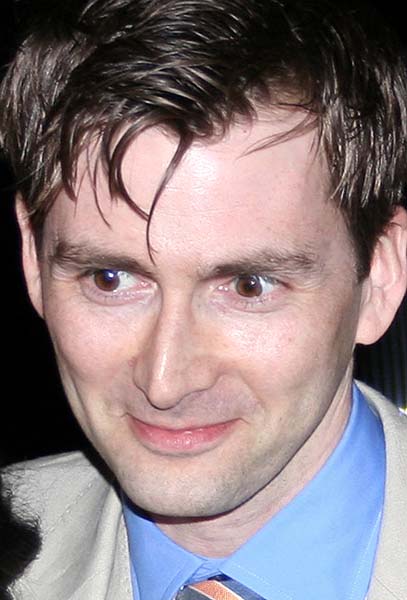 David Tennant demonstrates his mastery
of the close shave.

Instead of wondering whether DI Hardy would drop dead before solving the case, I found myself asking why Tennant was growing
that rather unattractive beard.

As the final credits rolled on ITV1’s Broadchurch, teary-eyed viewers contemplated that yawning gap in their Monday-night TV viewing. Some probably headed to the kitchen for a consolatory cup of tea; others plugged into Twitter to share in the social networking postmortem (should that be rehash?) on what has been huge critical and popular success. There was another very late twist – it turns out that it’s not all over. A message flashed up on screen saying “Broadchurch will Return”. I was so relieved, I felt like planting a big kiss on my David Tennant poster.

For most of the eight-episode run, I wasn’t really convinced by this slow-burning mystery about the death of an 11-year-old boy in a quiet seaside town. For me it was more a case of “Boredchurch”, as the investigation led by ailing DI Alec Hardy (David Tennant) and his resentful sidekick DS Ellie Miller (Olivia Colman) seemed to be moving at a snail’s pace.

There was antagonism between the cops and a lot of pent-up grief and anger amongst the dead boy’s nearest and dearest, but it wasn’t exactly compelling. Instead of wondering whether DI Hardy would drop dead before solving the case, I found myself asking why Tennant was growing that rather unattractive beard. Was it supposed to add gravitas to the character or did he just need something to scratch as he tried to pick his way through the list of suspects.

If you watched last night (or on ITV Player), you’ll already know that the killer of young Danny Latimer turned out to be DS Miller’s drippy husband Joe (played by Matthew Gravelle). Instead of staying at home playing devoted househusband and father to Ellie and their two boys, he was planning illicit “dates” with the object of his shameful affection, the bewildered Danny. Upon receiving the news that Joe would be unable to finish decorating their bedroom because he’d be bunking at one of Her Majesty’s prisons, poor Ellie resorted to blank denials, expletives and then vomiting.

Yes, it seems that throwing up (“barfing as the Americans call it) has now replaced crying in the shower as the drama writer’s stock way of showing a character in extremis. I can’t confirm whether Ellie actually left her breakfast on the floor of the interview room, because the merest hint of vomit leaves me feeling almost as nauseous as the sight of David Tennant’s cheek fuzz. Still, no dramatic clichés could detract from Olivia Colman’s superb performance as a woman who realises that she’s been harbouring a monster in her bed. I liked the fact that she was still trying to behave like a dedicated professional even as the case she’d been working on now threatened to destroy her own family. There was no self-pity: just anger at Joe and concern for her sons. Then, in an attempt to maintain a low profile, she put on her bright orange jacket and went for a walk.

This morning, Broadchurch creator Chris Chibnall was interviewed on the beach at West Bay, Dorset, where some of the show’s most memorable scenes were filmed. It’s those West Country locations that have kept me interested, even when it seemed as though there weren’t quite enough subplots or twists to justify eight episodes. The fling between Danny’s father Mark (Andrew Buchan) and Aussie temptress Becca (Simone McAullay) might have fallen flat, but you were only ever a few minutes away from another lovely view. A stellar cast that included Andrew Buchan and Jodie Whittaker as Danny’s dysfunctional parents, and Vicky McClure as a tabloid journalist with a conscience, was the other big attraction. My favourite character was the caravan-dwelling cleaner, Susan Wright, played in very intimidating fashion by Pauline Quirke. Has anyone ever invested quite so much malevolence into the simple act of walking a dog?

The finale of Broadchurch delivered the murderer too early in the evening and left itself with nowhere to go, except for another long walk along the beach

I know this programme has taken some of its cues from the growing appetite for Scandi crime dramas like The Killing (Forbrydelsen), where the writers aren’t under pressure to wrap up the story in 40-odd minutes of neat Law & Order-style procedural. Chibnall is right to credit ITV1 – “They really took a punt on it” – for buying into the concept of a quality, long-running drama that is allowed time to build up an audience. Their reward has been a media frenzy over the last few days, with some over-excited publications trying to compare the finale of Broadchurch with the Dallas “Who shot JR?” cliffhanger.

The truth is that the finale of Broadchurch delivered the murderer too early in the evening and left itself with nowhere to go, except for another long walk along the beach. I would have thought the optimum time to reveal the killer was just before the final commercial break. Instead there was a brief preamble before DS Hardy finally caught the guilty man in his garden shed with the incriminating smartphone. I waited in vain for another twist or an even darker revelation about what Joe Miller might have been storing on son Tom’s battered laptop.

There will be one little mystery that tides me over until series two of Broadchurch. Was Ellie’s ruthless dispatching of the slug on the floor of the Miller house supposed to be symbolic? I like to think that trampling it ruthlessly underfoot was her own understated way of consigning her marriage to history. RIP.