To the Manor Born: The London Group Centenary Exhibition 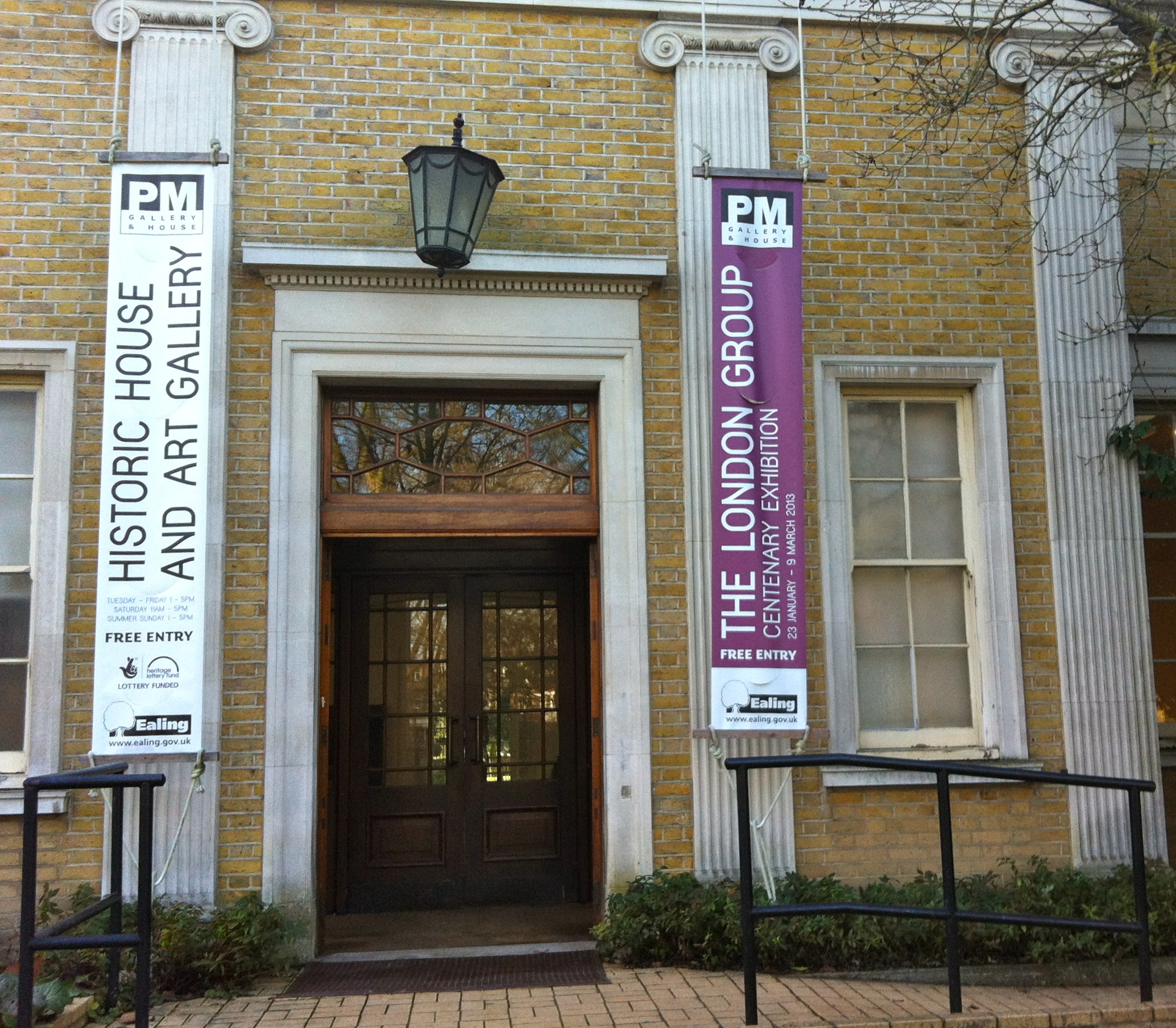 A warm welcome and a chilled beer greeted visitors to The London Group‘s Centenary Exhibition private view at Pitzhanger Manor last week. As snow blanketed the streets of west London, the heating was cranked up a little higher in the Principal Bed Chamber where artist Lydia Julien was performing “Agnes”. We’d been warned to expect nudity, but Ms Julien had only reached the topless stage of her piece about the ill-fated daughter-in-law of Sir John Soane. In this intimate and dimly lit setting it seemed impolite not to comment on the amply proportioned four-poster bed. Sadly, unlike Lydia it was not original.

Though the name is more suggestive of an august financial institution, The London Group describes itself as a “thriving democratic co-operative of artists practising in all disciplines”. Founded in 1913, the collective brought together young artists from the Camden Town Group and the English Vorticists. With Wyndham Lewis, Spencer Gore and Walter Sickert among its 32 founder members, the group set out to challenge the Royal Academy’s dominance of contemporary art exhibitions.

The posh boys of the RA had a head start of almost 150 years, but The London Group wanted to be apolitical, outward-looking and a bit different. Membership would be based on democratic elections, and the non-judgmental approach to members’ work continues into the 21st century. Surviving two World Wars and the vicissitudes of taste and fashion, The London Group has continued to attract distinguished names, from Barbara Hepworth and Henry Moore in the 1930s, to current members Frank Bowling and Dame Paula Rego.

Pitzhanger Manor was once the out-of-town home of neo-classical architect Sir John Soane, and it was extensively remodelled by him in the early 1800s. After further extensions, part of the building eventually became Ealing’s Public Library. Now those shelves of well-thumbed books have given way to the Pitzhanger Manor Gallery, currently displaying a selection of The London Group’s eclectic and sometimes exuberant work.

Under the big glass dome of the main gallery stands “Ta Muid Aontaithe” (We Are One), the magnificent double sculpture by Paul and Laura Carey. Cast in resin and metal filler, the figures of a man and a woman stand back to back, melded together like conjoined twins.

But the real interest lies in discovering how this exhibition of 100 works has spilled over into other corners, cupboards and fireplaces of this beautiful old house. Tommy Seaward’s piece, “Recovery of the Bounds”, is even sited outside on a balcony overlooking Walpole Park. He says its tripartite structure represents the “well-documented difficult relationship between Soane and his two wayward sons”.

Other artists, including Annie Johns, Susan Skingle and the Group’s current President Susan Haire, also reflect on the way former Pitzhanger inhabitants might have lived, breathed and even haunted these rooms in a more elegant age.

Talking of elegance, I particularly admired Suzan Swale’s “Ghost” – an eye-catching fusion of art and high fashion in red-painted canvas and lace. This sculptural piece is embellished with small images from Hogarth’s “A Rake’s Progress”, the celebrated paintings that once hung at Pitzhanger Manor and are now in Sir John Soane’s Museum. Eat your heart out, Lady Gaga.