Outspoken Sports Personality of the Year 2012

In this year of extraordinary sporting achievement, the voters have got their work cut out trying to pick a winner of BBC Sports Personality of the Year 2012. Bradley Wiggins, Andy Murray, Jessica Ennis, Mo Farah and all the shortlisted candidates have left a trail of hyperventilating commentators and pundits in their relentless march to glory. No kids, that’s not a chocolate coin hanging on the Christmas tree this year, it’s an Olympic gold medal!

I wish all the candidates good luck tonight. I hope the evening isn’t marred by audible swearing, embarrassing wardrobe malfunctions, or ladies being overcome by the combination of testosterone and fumes from Gary Lineker’s aftershave. I would like Wiggo to win, but I won’t be tuning in to watch the event at London’s ExCel Centre because I agree with The Evening Standard’s Dan Jones that it’s just a “spangly festival of pukey montages, twee sentimentality and bad shirts”. For sporting superstars weighed down by truckloads of medals, trophies, world records and untold riches, this BBC poll seems almost as pointless as last month’s Police Commissioner elections.

So instead of reflecting on Britain’s golden generation, let’s celebrate another area in which our sports stars regularly make a splash. When it comes to intemperate tweets, ill-advised texts and mouthing off to all and sundry, Britain has once again led the world in 2012. Here are some of my favourites.

How to push Lewis Hamilton’s button

On his Twitter account the now ex-McLaren driver declares “Life is a journey & i wanna share mine with you”. In October he mistakenly shared his dismay that team-mate Jenson Button had “unfollowed” him on the microblogging site, claiming this showed a lack of respect. @LewisHamilton had earlier blundered by tweeting confidential team data before the Belgian Grand Prix. Clearly, navigating Twitter is almost as dangerous for narcissists and egomaniacs as piloting an F1 car. 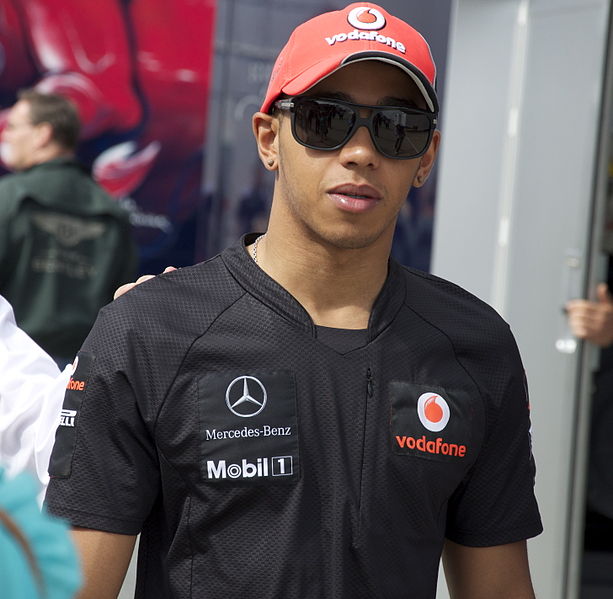 Kevin Pietersen: some “doos” and don’ts

Everyone knows there’s no “I” in team, but significantly there are two in the name of England’s most swashbuckling and controversial batsman. In an up-and-down season, KP retired from one-day cricket and slagged off the now-retired captain Andrew Strauss in text messages sent to the South Africa team. “Doos” apparently has a very rude meaning in Afrikaans. Without KP, England subsequently lost the series, the World Number 1 ranking and the services of Strauss. Though re-integration is another of those dangerous words with two “I’s”, KP did find his way back into the England squad.

Ashley Cole shoots his mouth off

In 2011 the Chelsea left-back was in trouble for shooting a student with an air gun. This year he was taking a pop at the FA – through Twitter, of course. In the bitter fall-out from the John Terry racism case, Cole lashed out at football’s governing body for questioning the veracity of his testimony. He dismissed them as a bunch of t***s. I guess it takes one to know one, Ashley.

Mind your language with Joey Barton

To paraphrase Benjamin Franklin, nothing in life can be said to be certain, except death, taxes and QPR’s Joey Barton dropping F-bombs all over the place. After being sent off in the match against Manchester City in May, Joey railed against his Match of the Day critics (mainly slaphead Alan Shearer) from the lofty position of his Twitter account. Now on loan to Marseille, Joey’s latest weapon against detractors is addressing journalists in an Inspector Clouseau comedy French accent. C’est formidable, n’est-ce pas?

If the SPOTY award really was about personality, then Olympic Time Trial gold medallist and 2012 Tour de France winner Bradley Wiggins would be even more of an odds-on favourite. During his triumphal progress through France, Wiggo lost his cool with some journalists who questioned whether fans really were seeing a “clean” race this time. Let’s be clear: Wiggins is not Lance Armstrong and Team Sky’s zero tolerance policy towards former dopers is the right way forward for the sport. Over the season, Wiggins hit the world’s media with a choice array of expletives and the odd one-fingered gesture. Unlike Joey Barton, he didn’t bother employing a French accent.