Twenty Twelve: Comedy without the Laughs 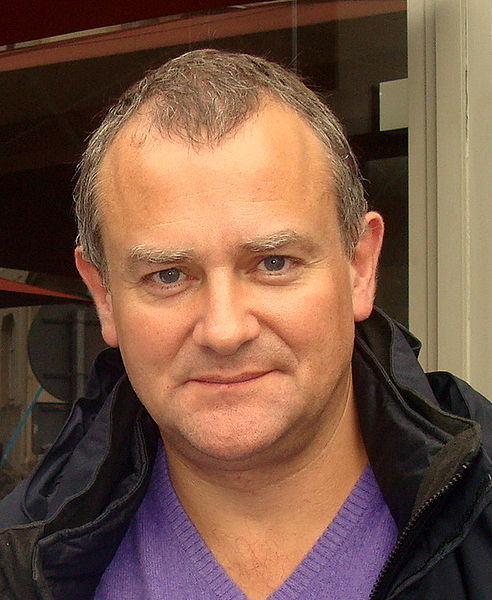 Earlier this week a news report claimed that LOCOG has “barely put a foot wrong” in the run-up to the London 2012 Olympics. If you’re one of the thousands who lost out in the Great Ticketing Fiasco of 2011, you might find that statement hard to swallow. Meanwhile, in the fictional world of BBC2’s mockumentary Twenty Twelve, things haven’t been running so smoothly for the Olympic Deliverance Commission. In Friday’s concluding episode, perpetually harassed ODC boss Ian Fletcher wrestled with the logistics of the Olympic torch procession and the wisdom of wrapping a giant condom over Anish Kapoor’s Orbit tower. He didn’t have any tickets either.

I watched the first series of Twenty Twelve when it aired on BBC Four last year. With its high-quality cast led by Hugh Bonneville (moonlighting from Downton Abbey), Olivia Colman (Peep Show) and Jessica Hynes (Spaced), this promised to be the perfect antidote to years of Olympic hype. Laughing at bungling bureaucrats has to be more enjoyable than yet more BBC “build-up”. Yet despite writer John Morton’s ability to lampoon the idiosyncracies and irritants of modern office life, Twenty Twelve has never actually struck me as funny.

Like The Thick of It, with its expletive-ridden take on 21st-century British politics, Twenty Twelve is about “spin” and the search for the Next Big Thing trampling all over anything remotely resembling substance. The utter vacuousness at the heart of this non-comedy is personified by Ian Fletcher’s bête noire, Siobhan Sharpe, who is Head of Brand at PR Agency Perfect Curve. Jessica Hynes gives a note-perfect performance as a woman apparently bereft of the ability to listen or comprehend even the most basic instructions.

We’re not talking here about another loveable idiot like Friends’ Joey Tribbiani because the penny never actually drops with Siobhan. Like a BlackBerry-toting Barbie doll, she’s the poster child for the “Yeah cool” generation, who is programmed to keep repeating phrases like “OK, so the thing is . . . ” and “So here’s the thing . . .”, without ever getting to the point. She never has a point.

The catch phrases are funny to begin with, but a half-hour show built around the constant repetition of stock phrases and annoying mannerisms quickly becomes boring. Amelia Bullmore’s hapless and ironically named Kay Hope does elicit some sympathy for juggling her thankless role as Head of Sustainability with life as a single mum. Ian’s long-suffering PA Sally (played by Olivia Colman) is totally believable as a love-struck office drone, but she’d also be perfect fodder for an episode of 10 Years Younger or How to Look Good Naked.

While Twenty Twelve mocks the organisers of London 2012, the travails of the ODC run in parallel with Ian Fletcher’s midlife crisis and problems with his vengeful ex-wife (never seen). “So basically, it’s all good”, intones Ian, as yet another crisis is averted more by luck than through the good judgment of his myopic colleagues. But he’s not an optimist, any more than the eponymous middle-aged hero of The Fall and Rise of Reginald Perrin was.

I realise I’m becoming a 70s bore, but Reggie (played by the peerless Leonard Rossiter) turned the delays on his daily commute — “Overheated axle at Berrylands” — into something that was more poetic than self-pitying. Far from taking his secretary Joan Greengross for granted, Reggie was constantly lapsing into libidinous reveries about her.

Writer David Nobbs also gave us the pompous “CJ” (John Barron), whose catch phrase “I didn’t get where I am today” echoes down the years, along with those whoopee cushion office chairs occupied by yes-men executives Tony “Great” Webster and David “Super” Harris-Jones.

Surfing through a few clips on YouTube I was relieved to find that I hadn’t lost my sense of humour after all. The Fall and Rise of Reginald Perrin is still hilarious, while Twenty Twelve, for all its topicality, just makes me glad I no longer work in an office.