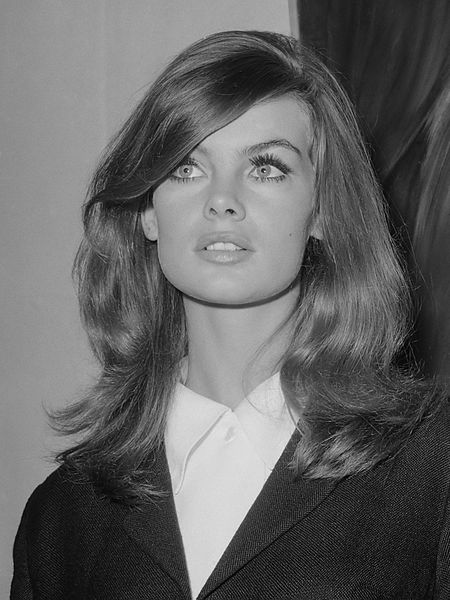 “Shrimp is right. Wet, pink and needs dressing.” It was worth watching We’ll Take Manhattan just to hear Helen McCrory deliver the most withering put-down since Downton Abbey glided off our screens last month. McCrory was playing Lady Clare Rendlesham, the Vogue fashion editor who, in 1962, went toe-to-toe with Young Turk David Bailey — and lost.

We’ll Take Manhattan was a triumph of style over substance, which is probably appropriate for a biographical drama set in the world of high fashion. It also felt a bit like the BBC’s latest attempt to pacify heartbroken fans of Mad Men. First we had The Hour (wrong city, wrong decade); then there was the glossy bauble that is Pan Am, with its faux locations, cheesy dialogue and wafer-thin plots. We’ll Take Manhattan boasted lots of shots of the Big Apple — but instead of dapper Don Draper we were stuck with wide boy David Bailey (Aneurin Barnard), whose whiffy leather jacket wasn’t the only thing getting up Lady Clare’s nose.

Writer/director John McKay picked on a moment in the early 60s when the old-fashioned values represented by the Lucie Clayton Charm Academy were about to be swept away. One minute timid farmer’s daughter Jean Shrimpton (Doctor Who‘s Karen Gillan) was balancing a book on her head and getting her lessons in deportment. The next thing you know she’s being ejected from the family home by her authoritarian dad (Robert Glenister) after allowing the roguish Bailey to stay overnight (in the barn).

Poor Jean soon found herself at the centre of a titanic ego clash between the Establishment (represented by Lady Clare and her posh mates) and the man who was about to drag Vogue into the Swinging Sixties. So a plum photographic assignment in New York — “Young Ideas goes West” — degenerated into a series of rows in front of various iconic locations, as a jazzy score reminded us that this was the apogee of cool.

You almost felt sorry for Lady Clare as she sobbed that she was being “treated like a superannuated battleship”. But dismissing the gorgeous Shrimpton as a “snub-nose parvenu” and telling Bailey that his Pentax S3 was a “tourist camera” turned out to be a serious lapse in editorial judgment. If there was a serious point behind all the preening and posing here, it was that you can’t contain a mould-breaking talent like Bailey by waving your cigarette holder and throwing a tantrum.

Aneurin Barnard is so good-looking that I was briefly distracted from his painful attempts to ape Michael Caine’s “Sarf London” accent. (The real David Bailey is actually from East London.) When he opened his mouth, flattened his vowels and started talking about “bints”, I wanted to laugh. With his glossy locks, chiselled cheekbones and liquid brown eyes, Barnard definitely has the swagger to play a 60s pop star, but I’m not sure he was the best choice as Bailey. He’s much more impressive in the 70s-set high school musical, Hunky Dory, in which he demonstrates a singing voice that puts those Auto-tuned Glee kids to shame.

Helen McCrory gets all the best lines here, but Karen Gillan gives the most impressive performance as “the Shrimp” who became the first supermodel. She really comes alive in front of Bailey’s restless, probing camera. Their affair lasted four years, but you can still feel the vitality, imagination and sheer impudence behind those pictures.