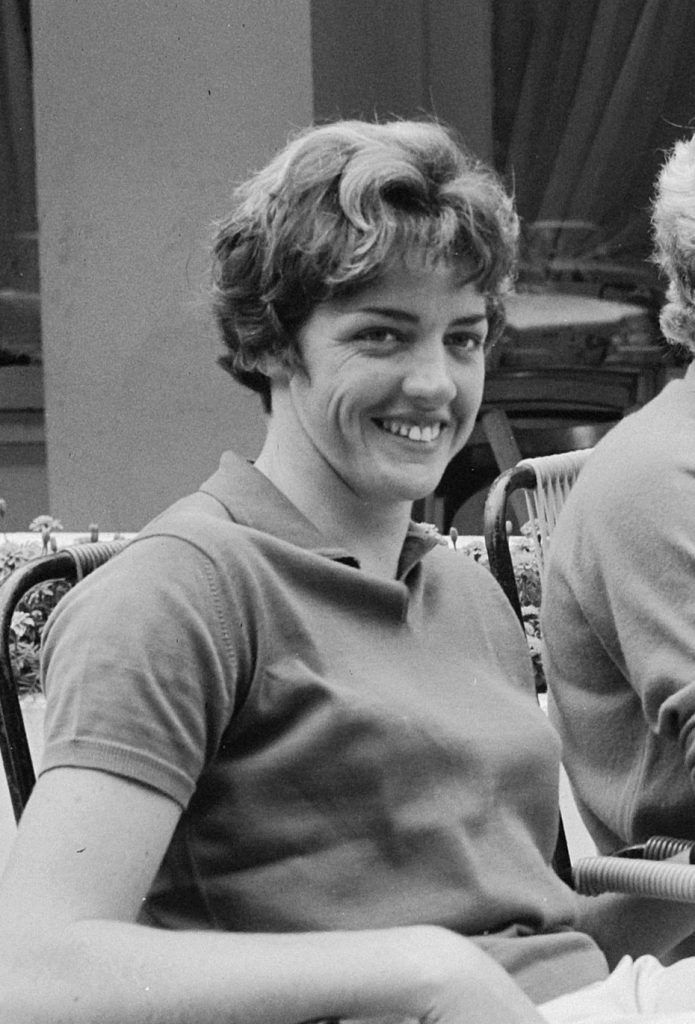 Double fault: Margaret Court is not the greatest or the most tolerant female tennis player
(Pic: Eric Koch/ Anefo)

Margaret Court is rapidly turning into the tennis equivalent of Lars von Trier. While the Danish director’s comment about “being a Nazi” caused a ruckus on the French Riviera last spring, at least he was joking. Court, the Australian tennis champion-turned-god-botherer, is deadly serious about her opposition to gay marriage. In an interview with The West Australian she defended “traditional” marriage with some inflammatory remarks about what she called “abominable sexual practices”.

Now I’m all for free speech, even if it means we have to endure the ignorant, offensive claptrap spouted by the Rev. Court. But the ensuing row has already cast a shadow over the start of the 2012 Australian Open 2012. This event is supposed to be all about the new Andy Murray/Ivan Lendl partnership (no, not that sort of partnership), so it’s annoying to see an ugly Australian grabbing the spotlight.

Yesterday, five of Britain’s tennis players took to the courts at Melbourne Park and all of them lost. Young Laura Robson went down 6-2, 6-0 to 13th seed Jelena Jankovic, which was probably no great surprise. But the headline in the Guardian was “Laura Robson’s gay rights stance reignites equality controversy”.

Like me, you’ll probably be wondering whether Robson concluded her first-round match (which took place on Margaret Court Arena) by snogging Jankovic at the net. It turns out that the “political row” Kevin Mitchell refers to was nothing more than Robson sporting a rainbow-coloured hairband on court, in a gesture of solidarity with the gay and lesbian community.

Court’s views have already been extensively debated, requoted, condemned and subjected to the high level of scrutiny you would expect. I have no time for religious zealots and bigots of any denomination, so I can’t add much here, beyond a string of expletives and the hope that she goes straight to Hell.

What you may have missed, though, is journalist Bridget Lacy of The West Australian saying that Margaret Court is “regarded as the greatest female player of all time”. You could put that down as lazy sub-editing (she might have got away with “one of the greatest”) or jingoism of the part of Lacy. Either way, it made me very angry.

Greatness in the sporting arena is not simply about titles won, money amassed or even weeks at the top of the rankings. Margaret Court’s CV does include a record 24 Grand Slam singles titles and a calendar year Grand Slam in 1970. But in terms of influence on the game and a sporting legacy that will endure I wouldn’t put her in the same league as Billie-Jean King, Martina Navratilova, Steffi Graf or Serena Williams.

Billie-Jean King was instrumental in putting women’s professional tennis on the map in the 70s with the Virginia Slims Tour. Along with publisher and promoter Gladys Heldman, she thought the women’s game deserved a share of the financial rewards enjoyed by the men. In the 80s, Martina took the sport to a whole new level with her commitment to fitness, diet and a brand of power tennis that put the boring baseliners on the back foot. Both are gay. Serena and sister Venus have been an inspiration to black athletes since they came on the scene in the late 90s. Graf’s record speaks for itself, but her 22 Grand Slam singles titles were won on a variety of surfaces.

Great women tennis players are remembered not just for the quality of their shots but for pushing the boundaries — in a positive way. Margaret Court may have given her name to an arena at Melbourne Park, but she doesn’t deserve such an honour. Her idiotic pronouncements, air of self-righteousness and refusal to acknowledge the legitimacy of other lifestyles all add up to a legacy of hate.

If anyone deserves to be labelled abominable, it’s Margaret Court.