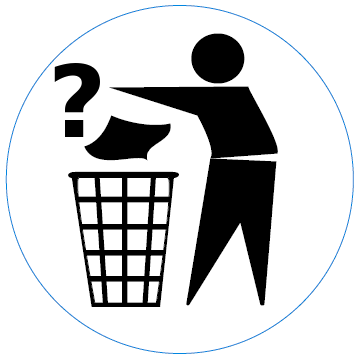 Wouldn’t the world be a nicer place if we engaged in a bit of self-censorship and followed the maxim handed down by Thumper’s father? No, the Disney fairy hasn’t waved her wand and turned me into an Evangelical Christian overnight. (God forbid.) I’m just getting really bored with reading about the daily outrages perpetrated by splenetic Twitter users.

Not a day goes by without someone making a complete arse of themselves on Twitter, and then paying the price with a barrage of negative headlines — or worse. Hard on the heels of last week’s racist tweets directed at Stan Collymore, came yesterday’s news that Oxford City had sacked their striker Lee Steele for a “homophobic” posting about Welsh rugby player Gareth Thomas. I’m not going to repeat Steele’s tweet, but let’s just say that if I had a hash tag for him it would be #shitforbrains.

I’m a relative newcomer to Twitter and I remain deeply sceptical about my forays into the Twitterverse. In terms of embracing the possibilities of “microblogging” I’ll admit I am still cowering in one of those Victorian bathing wagons, while everyone else is on the beach letting it all hang out.

For a writer or blogger at any level, Twitter is a necessity for publicising your posts. The sad fact is that figuring out how to link your Twitter and Facebook accounts is probably more important than knowing how to spell or use the apostrophe. If, like me, you’re looking for work, your CV will probably end up straight in the (virtual) trash basket if you can’t flaunt your social networking credentials. Last summer I got a pitying look from a well-known sports journalist when I told him how few followers I had so far acquired.

So, I’m happy to post links on Twitter and engage in some online banter — badinage if you prefer — but I would think twice before letting loose a stream of invective. As the headlines prove, it’s just too easy for anyone with two thumbs and a smart phone to launch 140 characters’ worth of insults at anyone, any time, anywhere. You don’t have to pass an IQ or spelling test to get a Twitter account (more’s the pity), which is why trolls who have hashtags where their brains should be think they’re free to bully and defame.

This is the age of snark, and Twitter is the gladiatorial arena in which top exponents battle it out with their pithy put-downs.

Twitter’s democratising effect has been good for celebrity watchers. If you want to be privy to the “thoughts” of Wayne Rooney, you don’t have to wait for an interview or the next volume of his autobiography. I also like the fact that frustrated consumers can now hold businesses to account in this public forum. You don’t need a journalistic Rottweiler like Anne Robinson to fight your corner. You can land a blow on your under-performing energy supplier or ISP, with a well-timed tweet. Rest assured, they are listening.

I think of Twitter like a giant cyber playground that’s open 24/7. Just like when you were at school, you will find that not all the kids play nicely together. Amongst all the millions of anonymous users, there are the popular kids (Lady Gaga, Justin Bieber, Stephen Fry); the big show-offs (the Beckhams); and the dunces. The latter camp is filled with very angry people spewing carefully crafted gems like “I hate [insert name of celebrity, politician here]” or “[A.N. OTHER] is a tw*t!!!” into your twitterfeed. It’s not big and it’s not clever.

This is the age of snark, and Twitter is the gladiatorial arena in which top exponents battle it out with their pithy put-downs. We can’t all be Giles Coren, though. If you must slag people off, just remember that you’re not holding forth from the privacy of your sofa or even your local pub. We won’t just dismiss your comments as the drunken, late-night ramblings of another sad loser. Racists, homophobes and misogynists should clean up their act, or start an online cesspool that’s more appropriate for their brand of “humour”.