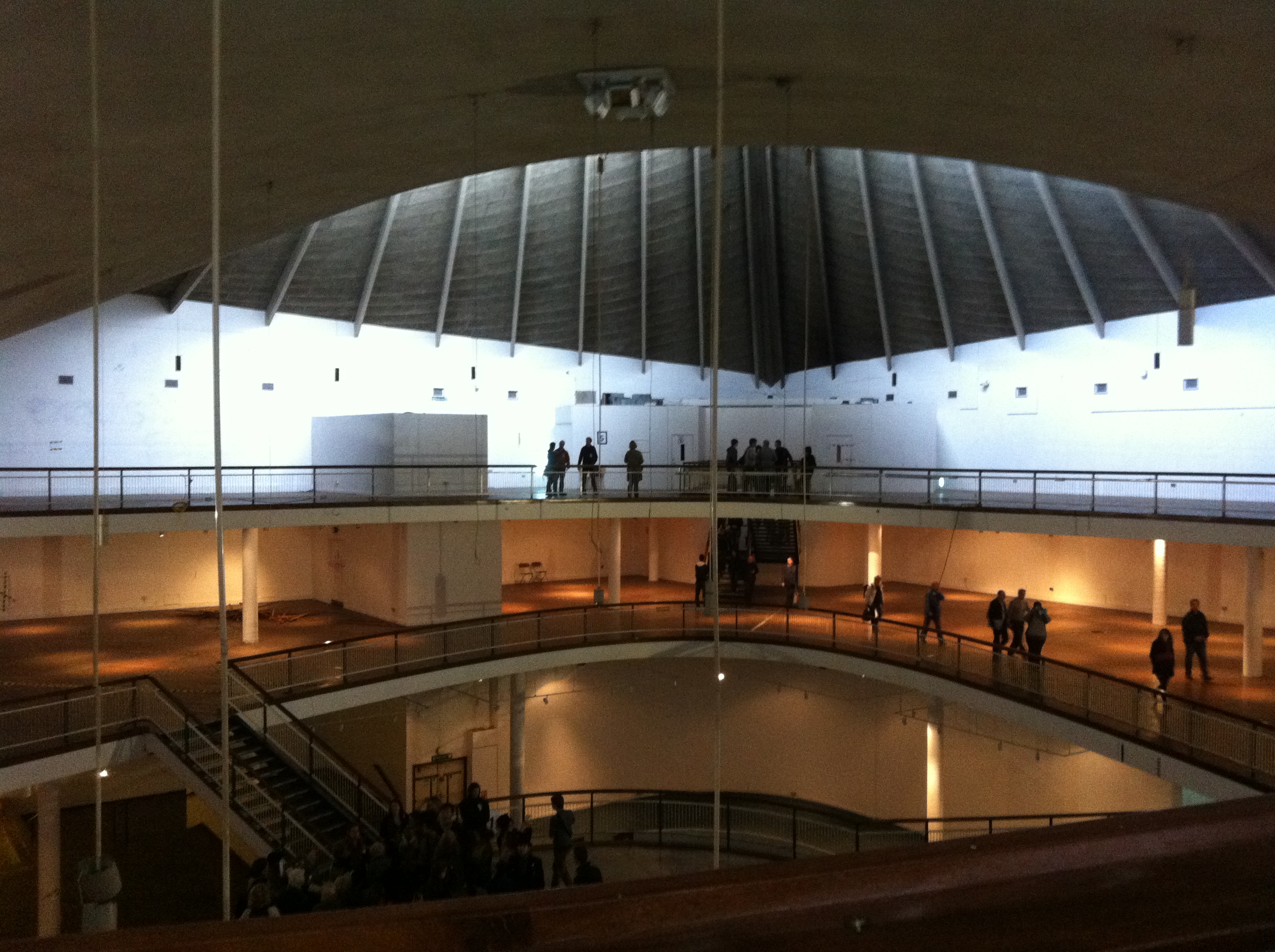 It’s the hyperbolic paraboloid roof you notice now. But as a child on a school visit to the Commonwealth Institute in the 70s, cutting edge 60s architecture wasn’t on my radar.

The Commonwealth Institute on Kensington High Street opened its doors to the public this weekend as part of the 2011 London Open House event. For the past five years this has been my favourite weekend of the year to be in the capital.

Open House usually enjoys good weather, and Londoners take a short break from experiencing the city solely through the prism of their mobile phones. (I must admit that the pictures here were taken on an iPhone, but I did keep the Googling and texting to a minimum . . .)

When I lived in Kensington in the 90s the building was still open, though the flagpoles at the entrance had an increasingly forlorn look about them. The distinctive green tented roof was still a landmark on the western boundary of Holland Park, but like the Commonwealth itself, it belonged in the past.

But now, after years of uncertainty, the Commonwealth Institute will finally be rescued from further decay. The Design Museum will move there in 2014 after a refurbishment that will cost considerably more than the original construction cost of £440,000 in the early 60s.

This morning Design Museum staff had pinned up a notice to that effect outside. Those hastily printed up pieces of paper and a “pop-up” shop inside the exhibition hall were the only obvious signs of recent activity.

Once we stepped inside the dimly lit building, signs of neglect and dilapidation were all around. Crumbling plaster, water-damaged wooden floors and broken light fittings would normally make this place a no-go zone. Yet it was still thrilling to be back. 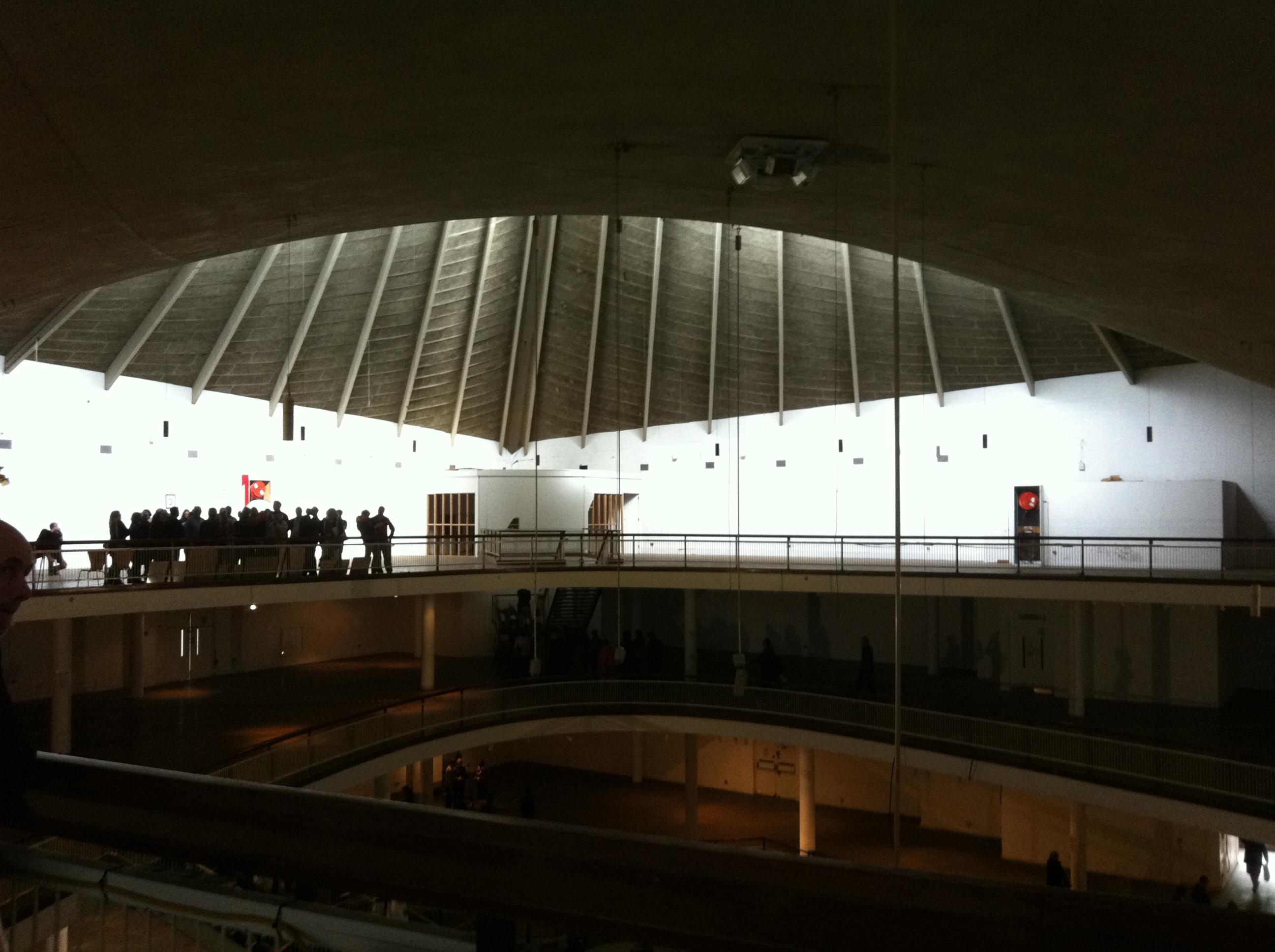 I have only the vaguest memories of the exhibits that once filled this vast, open-plan space. Apparently, there used to be mock-ups of remote African villages and snowy Canadian landscapes. It was a world away from the high-tech, interactive excitement we expect today. (A Commonwealth Institute app could still be an interesting idea for nostalgia buffs, though.)

But standing on the circular marble platform of the first floor again I remembered that feeling of being at the centre of the universe. You could survey all three floors and marvel at the delicacy and precision of the roof structure. With the walls and floors now bare, the brilliance and ambition of the design concept is clearer than ever.

This weekend was probably the last opportunity to see the exhibition hall before John Pawson starts work on remodelling it for the 21st century. By the time I come back in 2014 it will be a bigger and better home for the Design Museum — complete with a restaurant, library and design studios. Presumably they will make the floors more accessible to those who can’t negotiate the stairs as nimbly as we did back in the 70s.

But for me and others of my generation the past glories of the Commonwealth Institute will remain firmly imprinted somewhere in its architectural DNA. After almost 50 years it still has the wow factor.