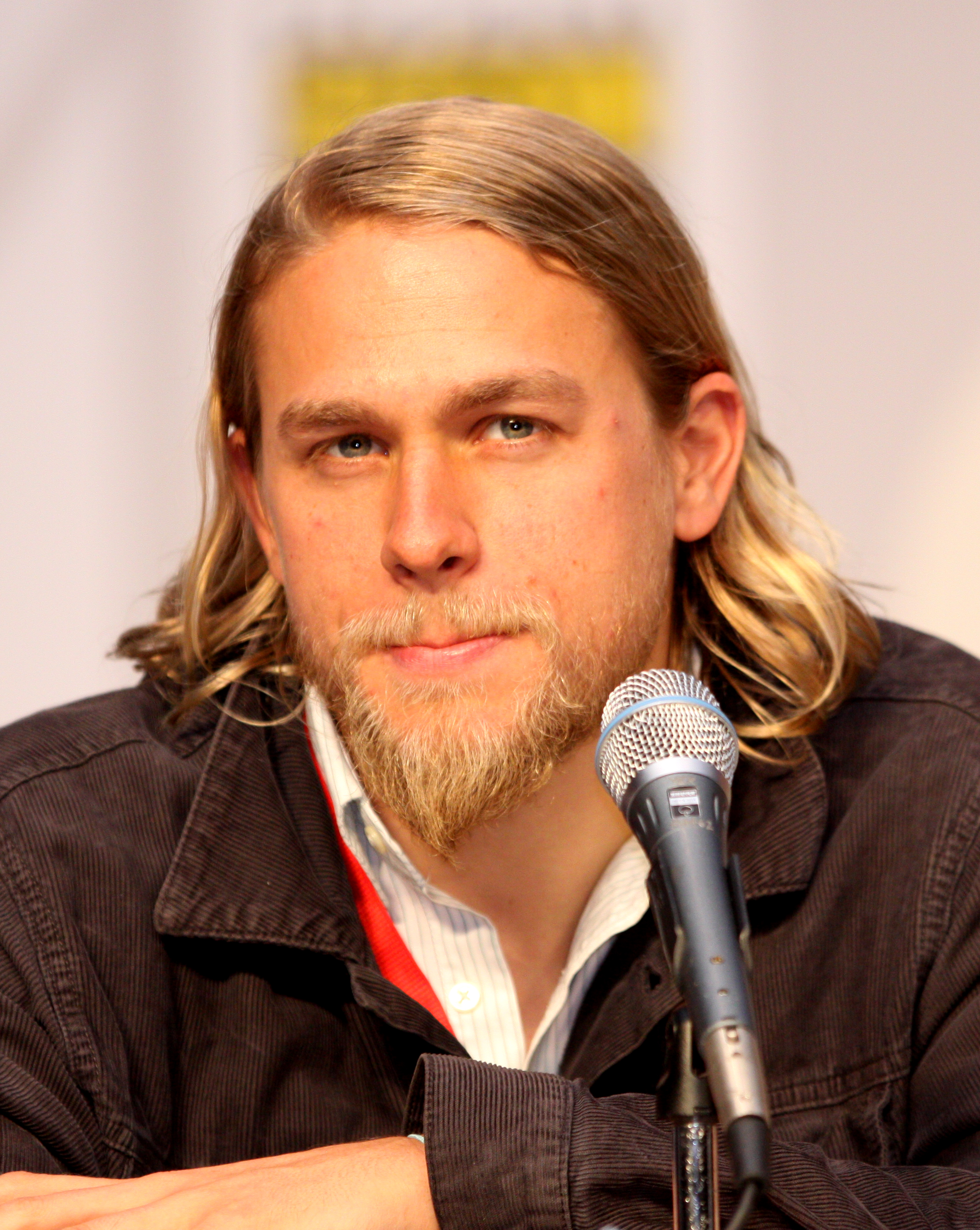 Maggie Siff’s deepening frown line is turning into the dermatological equivalent of the San Andreas Fault.

Holy shit, it’s the Oirish episode of Sons of Anarchy! Last night 5USA, the armed and (extremely) dangerous Freeview channel, showed the latest episode in Season 3 of Kurt Sutter’s testosterone-packed biker drama. Hunky “Jax” Teller (our very own Charlie Hunnam) and his freewheeling gang finally made it to Belfast to rescue his kidnapped baby, Abel.

That’s about all I can tell you, because almost everyone in Sons of Anarchy delivers their expletive-ridden dialogue through straggly beards and incomprehensible accents. Jimmy, the scheming IRA gunrunner played by Titus Welliver, definitely sounds more Ballykissangel than Belfast to me. Even Maggie Siff’s surgeon-turned-biker-chick Tara has resorted to mumbling, as her deepening frown line turns into the dermatological equivalent of the San Andreas Fault.

Did I mention that this show is extremely violent? Fittingly, 5USA rolled out Season 1 over consecutive nights during Christmas 2010. While everyone else was wrapped in tinsel and gorging on turkey, I was enjoying a wholesome diet of knifings, shootings and vehicular mayhem. For afters, I snacked on Season 1 of Justified, another 5USA import that prefers to shoot first and ask questions later.

Perhaps Season 1 of Sons of Anarchy did go a bit over the top in its efforts to demonstrate just how hard these leather-clad “bros” really are. In the cold light of day that scene in which a tattoo gets the blow-torch removal treatment should have been left on the back burner. But then no one could accuse this show of lacking “cojones”. Katey Sagal, who plays Jax’s fearsome mother Gemma, would eat The Shield’s renegade cop Vic Mackey for breakfast. His cigar-chomping step-father Clay Morrow is none other than Ron “Hellboy” Perlman.

If you’re still mourning the loss of The Shield you’ll feel right at home in Charming, the fictional California town where the Sons of Anarchy Motorcycle Club, Redwood Original is based. (The fitting acronym is SAMCRO.) Like The Shield‘s Farmington district, Charming suffers from an alarmingly high mortality rate, thanks to the endless turf wars between SAMCRO and its rivals.

I did get a bit bored with Season 2, which opened with the gang rape of Jax’s mom and then headed off into territory even darker and more morally compromised than the first series. The show’s trademark black humour took a back seat to the noble suffering of Gemma, who spent way too much time hanging round chapels and churches.

But Sons of Anarchy has more pluses than minuses. A brilliant ensemble cast, ridiculous character names (“Chibs”, “Piney”, “Opie”) and a healthy disrespect for the forces of law and order are all good reasons to tune in every week. Then there’s the superb opening credits sequence, in which intricately worked tattoos morph into the names of the main cast members.

There’s plenty of hugging here, too. In those brief interludes between the blood-letting everyone gets loved up and – sometimes – naked. Then the producers ruin it all with another overlong, mushy musical montage.