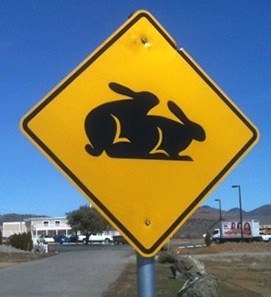 This weekend writer and comedian David Mitchell took issue with warring minorities of every persuasion, arguing that we spend way too much time listening to people who just want to pick arguments. He characterised those who spend their time bickering about the merits or demerits of provocative art like Piss Christ as a “tyranny of the argumentative, an unholy alliance of the unholy and the holy”.

Well said, David. Life in modern, post-economic meltdown Britain is simply draining the life out of me. No sooner have we vented our collective spleen over one outrage, than another piece of idiocy hits the front pages. The week leading up to Easter has given us a new Christian martyr in the unlikely person of Colin Atkinson. He’s an electrician, employed by Wakefield District Housing, and not to be confused with football referee Martin Atkinson, Sir Alex Ferguson’s current bête noire.

Colin’s crime was to compromise his professional “neutrality” by putting an 8-inch palm cross in the front of his van. It has not gone unnoticed that his hypocritical boss proudly displays a Che Guevara poster in his office. (I bet he wishes he’d just stuck with a nice Pirelli calendar.) But the good news is that even as Colin faces a disciplinary hearing, his plight has attracted widespread support from across all faiths.

If only common sense was a religion, then I could abandon my long-held position as an atheist. Sadly, no sooner had I decided to heed the wise words of David Mitchell, than I saw another story that made me really annoyed. It was the latest rantings from what, to borrow Mitchell’s words, I’ll call the “hooligan wing of the Church of Rome” that caught my eye. On Easter Sunday Cardinal Keith O’Brien, leader of the Catholic Church in Scotland, went on the offensive to denounce the pernicious effects of “aggressive secularism” in Britain.

The Cardinal was echoing the dire pronouncements of His Holiness the Pope (aka “Cardinal Rat”), during his visit to these godless shores last September. It seems that when you preside over a Church with a long history of bigotry, bullying and bullshit, you still feel morally justified in denouncing all those wicked non-believers rather than addressing the evils within your own organisation.

I’ll admit that I haven’t read the full text of O’Brien’s Easter address. But I do find it ironic that he’s worrying about Christians being marginalised, in a week when sectarian hatred has yet again reared its ugly head in these shores. Even people who find the goings on in Scottish football marginally less interesting than Catholic dogma will have noticed that Celtic manager Neil Lennon is once again in the news. A decade-long campaign of threats against this fiery Irish Catholic has entered a new phase, with letter bombs being despatched to him and two others.

O’Brien, who’s never been in charge of Celtic or Rangers, also received a live bullet and a threatening note prior to the Pope’s visit in 2010. Was it those pesky secularists who were to blame? No, it was the twisted and ugly face of militant Protestants from the Ulster Volunteer Force. Next time O’Brien or his superiors attack all those nasty atheists, agnostics and heathens who are trying to “destroy Christian heritage and culture”, they might like to consider what a bang up job the Christians are doing of that all by themselves.

Since I don’t share the unhealthy Christian obsession with blood sacrifice and martyrdom, Easter for me has always been about the advent of spring and a new crop of cute bunny rabbits. Just as Glasgow football fans fall into two distinct camps, the humble rabbit causes a split between animal lovers who pine for a cuddly pet and those who just see their next meal.

I was delighted that The Guardian has chosen to honour my favourite animal with a blog about the top five rabbits in art, rather than a recipe for rabbit stew. Jonathan Jones drew a certain amount of ire from readers by failing to name the Playboy Bunny in his list and unwisely choosing Durer’s beautiful portrait of a hare, which as we all know is not the same as a rabbit.

For me, there is one literary rabbit who still enjoys an unsullied reputation for purity, innocent fun and simplicity of execution. That bunny is Dick Bruna’s Miffy, who remains my favourite image from childhood. The neat “x” that forms her mouth is one little cross that I’m always happy to look at — whatever the season.