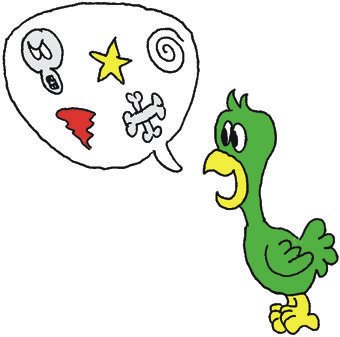 Searching for philosophical nuggets on internet Comments boards can feel a bit like that notorious scene in Trainspotting in which Renton emerges from the foul depths of Edinburgh’s filthiest public convenience. A while ago I had some harsh words to say about people with silly user names who litter the message boards with invective, under the cloak of anonymity. But it’s a woman’s prerogative to change her mind. Lately, I’ve realised that there is some point in allowing Joe and Josephine Public to lend their intellectual clout (and lousy spelling) to the debate on the great issues of the day.

We can’t spend all our time worrying about “no-fly” zones, swingeing cuts or Victoria Beckham’s pregnancy bump. Sometimes we just need to laugh, and with Peep Show currently off the air I’m finding little to smile about. I’ve also realised that the search for original tweeting material entails looking further than the headlines.

So, in the interests of spreading a little happiness, I bring you the first in a series of blogs highlighting the mad, bad and syntactically challenged world of Comments.

Thank God for the end of those bloody Tudors. Showtime’s lavish historical romp concluded its run on BBC2 last night, no doubt leaving the field clear for another equally vacuous drama. I’m not a fan of “historical violence”, accompanied by over the top sex scenes, wooden dialogue and indifferent acting. The only thing that could have made this show less appealing to me would have been casting Maxine Peake as Anne of Cleves. But The Guardian’s irreverent round-up of the series almost made up for it, as did the comments.

@YourGrace claims “I have found myself being able to answer more questions on University Challenge” as a result of watching The Tudors. I can’t decide whether or not this is a piss take. I don’t think Jeremy Paxman would be impressed.

@HappyValley, who’s clearly a student of history offers this profound judgment on the series: “Give people absolute power and they fell [sic] free to shag anyone they want.”

@felik has helpfully identified the shortcomings of the BBC’s long-running soap opera: “Perhaps if EastEnders had the odd public disembowelling instead of people just shouting ‘Sort yerself ahht!” at each other I might watch it.”

Is this a pissing contest?

I thought Andy’s Gill’s interview with Fleet Foxes front man Robin Pecknold would be a nice appetiser for the band’s forthcoming album, Helplessness Blues. But the talk of “open space and untamed wilderness” sent rival fanboys @PF SHIELDS (24 years) and @JohnnyOh (45 years) into a tailspin (well, pissing contest) over which of them had clocked up more years of gig attending. Act your age, not your shoe size, guys!

Don’t rain on my parade

West End Whingers is the blog that saves you the bother of actually going to the theatre, shelling out £40 and then having someone’s big head obscuring your view of the proceedings. The guys’ recent review of The Umbrellas of Cherbourg awarded the show a whopping 5 “glasses”. Not all of their readers were so enamoured, notably the bilingual @JohnnyFox, whose comments need no translation by me: “Sacre Bleu, Zut Alors, Quelle Horreur … pick your own Francophone diatribes, this is awful. And as for the choreography: Fosse septique”. I think I’ll stick with Jacques Demy’s film . . .

If there’s one surefire way to bamboozle a British citizen it’s asking them about David Cameron’s much-vaunted “Big Society”. Spectator reader “David” (presumably not the PM himself) helpfully sums it up as “total BLX”. David Blackburn’s piece on the furious reaction to a massive Arts and Humanities Research Council grant for research into unicorns — sorry, the Big Society — had commenters in a lather. Amongst all the spleen was this gnomic pronouncement from Rhoda Klapp:

“All enquiries are fixed. Everything is gamed. All statements are truish, but do not reflect all of the truth. And yes, ‘independent’ opinion follows its funding. I don’t think I’m saying anything new here. Who has yet to discover it?” Who indeed?

Finally this week, The Guardian’s Peter Bradshaw shared his enthusiasm for the French “lesbian crime melodrama” Gigola, which is showing in the BFI’s London Lesbian & Gay Film Festival. This being a “thinking person’s” newspaper, you’d expect the comments from film fans to reflect a degree of maturity and enlightenment, wouldn’t you? But Bradshaw’s reference to the movie’s “gamey sex scenes” was like a red rag to a bull:

@whiteyed (or should that be witless): “i am a straight man but i do love these lesbian type roger the cabin boy films – i think i must be a lesbian trapped in a mans body -” Try locating your shift key and then your brain, halfwit.