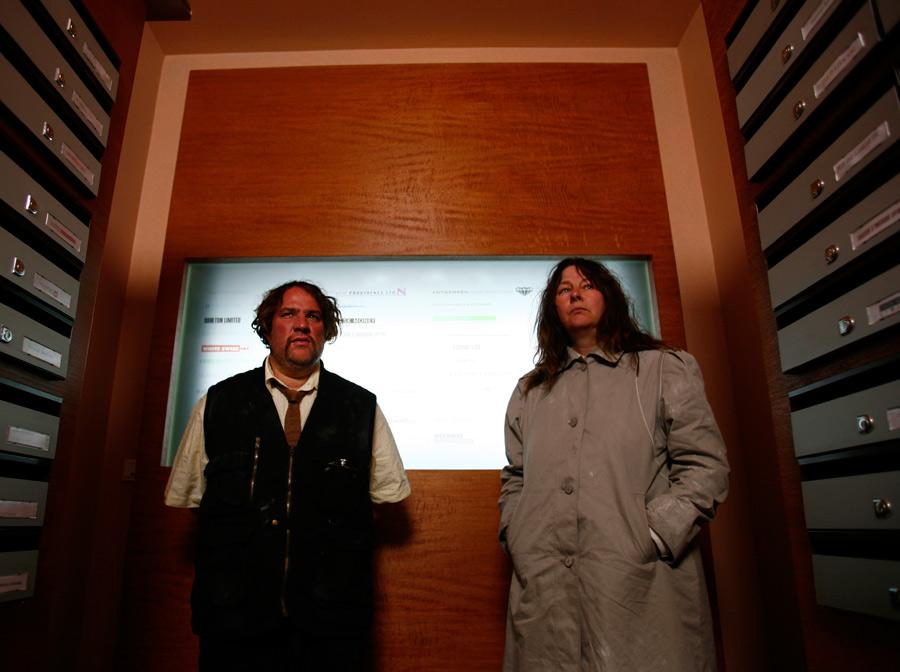 Seeing a heartless billionaire get his comeuppance should be enough to send you home whistling La Marseillaise.

When they met, it was murder! We’ve seen plenty of mad, bad and dangerous criminal duos rampaging across the big screen, but the gender-bending couple in Louise-Michel are a long way from Bonnie and Clyde. If you’ve overdosed on Hollywood wackiness, this outrageous black comedy from French directors Benoît Delépine and Gustave Kervern might be just what the doctor ordered.

In a nondescript town in French Picardy a boss rewards his female factory workers with brand new overalls. Their joy is short-lived when they turn up for work the next morning and find the machines, their jobs and their hopes have been snatched away. Then Louise (Yolande Moreau) suggests that they pool their redundancy money on bumping off the man who caused all this misery.

Belgian actress Moreau (Micmacs) gives us one of the great comic creations of recent years in ex-con Louise. A dowdy figure, rarely seen out of her trench coat, she’s an unnerving combination of hopeless naiveté and utter ruthlessness. Though her tower block home is slated for demolition, Louise lives in blissful ignorance because she can’t read the “condemned” notices. (If there’s one thing that really makes her cross, it’s people asking “Can’t you read?”) Still, what she lacks in basic literacy skills, Louise more than makes up for in hunter-gatherer instincts. She traps pigeons on the roof, eats slugs and sees a cuddly bunny rabbit as a juicy snack with oversize ears.

She stumbles on Michel (Bouli Lanners) after he drops his gun in the street. He’s a well-meaning buffoon, who can’t even navigate his way round the trailer park he calls home. It’s not clear why he inspires any confidence in Louise, but once she claps eyes on his impressive wall of weapons she’s making him an offer he can’t refuse. Her equally credulous colleagues are happy to hand over their money to a man whose impressive CV includes the Kennedy assassination.

Louise and Michel blunder their way around Europe in a social panorama that ranges from a pole-dancing club in Brussels to a millionaire’s villa in Jersey. The deliberately drab settings are merely a backdrop to a catalogue of bloodshed and destruction. You may jump out of your seat when Louise’s flat is instantly reduced to a pile of rubble or Michel’s latest scheme results in an unexpected casualty. But death is a messy business, as that botched cremation at the beginning of the film reminds us.

The directors say they wanted to “capture all the unplanned moments with a lot of intensity” and there’s a real freshness and spontaneity about the set-ups and the performances here. The script contains some good one-liners, but I also enjoyed the reaction shots and small moments like Louise guffawing over a cartoon on TV or enjoying a spoonful of mustard.

Among the supporting cast, Man Bites Dog star Benoît Poelvoorde makes a big impact as Guy, the engineer who crashes model planes into his scale models of the Twin Towers. You’ll also remember the face of Michel’s cousin Jennifer (played by non-professional Miss Ming), whose terminal cancer makes her an ideal recruit to be a kamikaze assassin.

Seeing a heartless billionaire get his comeuppance should be enough to send you home whistling La Marseillaise. But the film-makers also have a revelation or two in store regarding the fate of our heroine and hero, in a closing scene that’s surprisingly touching.

(Louise-Michel is released on DVD on 25 April)