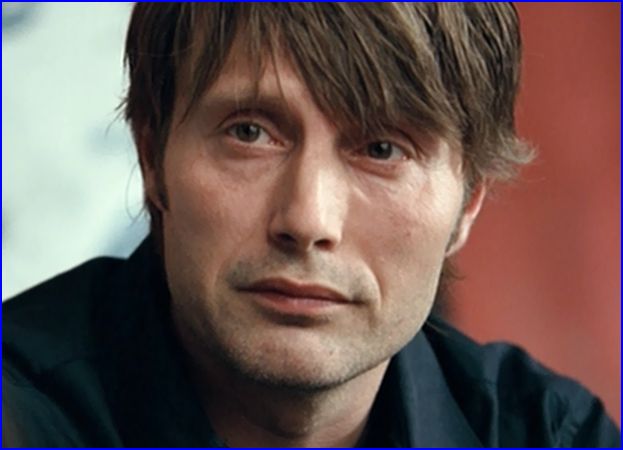 Glowering Danish sex god Mads Mikkelsen (Casino Royale) comes face to face with himself in director Anno Saul’s German fantasy thriller, The Door. It’s one of many head-scratching moments in a film that flirts with different genres and ideas, from time-travel, horror and homicidal doppelgangers to old-fashioned redemptive drama. Narrative coherence isn’t its strong point, but The Door does deliver some genuinely heart-stopping moments.

Artist David Andernach (Mikkelsen), leaves his young daughter Leonie (Valeria Eisenbart) alone in the garden of their suburban house so he can visit his mistress. His afternoon delight turns into a nightmare, when he returns to find the girl drowned in the swimming pool. Five years pass, and a clumsily scripted scene reveals that David is now divorced from his wife Maja (Jessica Schwarz) and in a suicidal state. Then a mysterious blue butterfly appears – just as it did on the day Leonie died. David is lured to a hidden tunnel near his old house, and emerges into the sunlight on the very day that his life fell apart.

The title of Akif Pirinçci’s source novel translates as something like” the door to back then”. But the problem, as David soon discovers, is that reclaiming your old life has serious consequences. The premise here is that the two Davids — past and present — can both exist in the same time frame, though not for long. The younger and slightly less haggard one is killed during a fight with his double and his body consigned to a regrettably shallow grave.

Saul handles these scenes with a clinical detachment – there are no theatrical double-takes or ridiculous dialogue as the pair stand eyeball to eyeball. But though he dyes his hair back to the right colour and cleans the blood off the floor, David cannot expunge Leonie’s memories of what she has witnessed. The middle portion of the film explores David’s struggles to throw off his guilt and – belatedly – do right by the women in his life. Bella Halben’s cinematography captures the light as well as the lingering darkness in this comfortable house in an affluent neighbourhood. While the tunnel may have led David away from the gloom, his wife and daughter both harbour their own suspicions.

The actors bring a level of emotional reality to the material that’s surprising – given how far-fetched the story is. Eisenbart neatly avoids being too cute or too scarily prescient. She accepts that her neglectful dad has been superseded by a better version of himself, as though it were just another bedtime fairy story. Schwarz’s Maja is also wary – perhaps because she’s used to living with a serial adulterer whose latest painting depicts her with a fish-hook through her face. The odd look here and there suggests that she’s picked up on the changes in her husband, but it’s handled with delicacy. If you were sharing a bed with Mads Mikkelsen would you be stressing about the details? 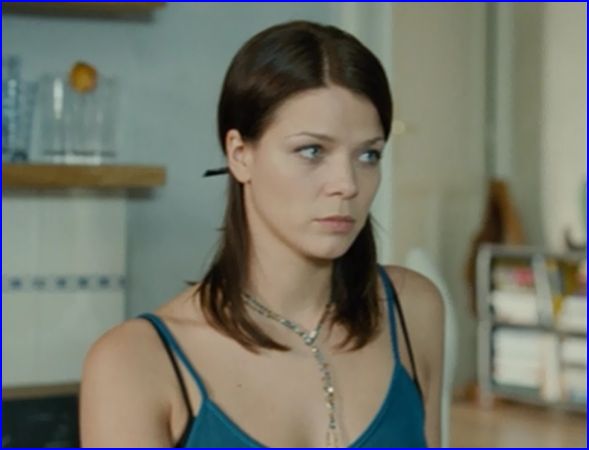 But even as you suspend disbelief to watch these well-acted domestic scenes, there are a lot of unanswered questions. Can anyone get access to one of these time tunnels, or is it just people who’ve screwed up in a big way? A few answers are provided by Siggi (Thomas Thieme), the sinister neighbour in the garish shirt, who (literally) knows where all the bodies are buried. The film comes closest to conventional horror in those rain-lashed scenes in which one decaying corpse is unearthed and another victim is laid to rest.

John Frankenheimer’s chilling Seconds (1966) was a very different take on the concept of getting another chance at life. But both films share the idea that someone else has to die in order to make that rebirth or second chance happen. The climax of The Door is nowhere near as horrifying as Rock Hudson’s fate in Seconds, but it does confirm Siggi’s warning “There’s no going back for anyone”. The screaming finally starts when Maja discovers that there’s more than one “deadly double” in the neighbourhood, and we head into Invasion of the Body Snatchers territory as the family looks for a way out.

There’s too much Bernard Herrmann pastiche going on in Fabian Römer’s score for my liking, though it’s not too overpowering. A hint of black humour might have been welcome, but Saul plays it straight and in Mikkelsen has a leading man with the conviction to carry off the more fanciful elements of the story.