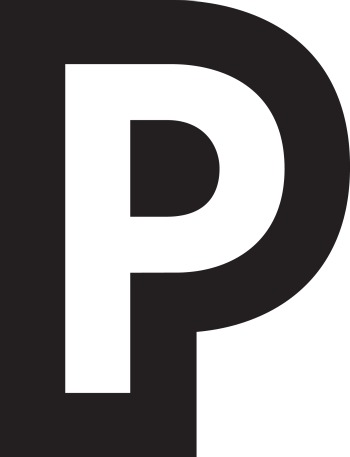 Earlier this week saw a landmark in British broadcasting history, with the advent of product placement on TV shows. Ironically, I missed seeing Nescafe’s Dolce Gusto machine taking its bow on ITV1’s Good Morning, because I was enjoying the heady aroma of the world’s finest coffee (Blue Mountain). But I think I can sum up my reaction to this whole charade with the words, “So what?”

According to this idiot-proof guide from Ofcom product placement operates in a strictly controlled environment, designed to protect impressionable consumers. So don’t worry — they’re not going to be plugging guns and anti-depressants on future episodes of EastEnders. As the late Kenny Everett might have said, “It’s all in the best possible taste”. Apparently, “editorial justification” will be the key criterion here, but I’m guessing that filthy lucre will also play a part.

Just to demonstrate how much Ofcom and the broadcasters care about our delicate sensibilities, the lovely logo displayed at the top of this post will be emblazoned across TV screens before and after programmes that contain P3 (paid product placement). As a precaution, it will also reappear after one of those long ad-breaks.

Just think of the 16th letter of the alphabet as the 21st-century equivalent of Channel 4’s notorious “red triangle”. Back in 1986, that was the logo used to signal the presence of titillating, shocking and largely incomprehensible foreign films on late-night TV. But whereas the red triangle indicating “special discretion required” led to an upsurge of interest in art-house smut, I think most of us will simply be yawning at this latest milestone in rampant commercialism.

Seriously, just how dumb do the broadcasters and regulators think we are? Timeslip recording and the ad skip button now allow viewers to bypass much of the wraparound sponsorship and endless commercials that bookend every show. But we’re powerless to resist the relentless assault from so-called celebrities like Katie Price, Peter Andre and Kerry Katona, who are able to promote their dubious “brands” through their own peak-time shows.

Now I know that Ofcom can’t do anything about product placement in films and bought-in content but has anyone considered the editorial justification for allowing Z-list celebrity trash to clutter up our screens on a nightly basis? There was a time when you had to be a professional broadcaster, actor or sports star to get your face on TV. These days a whole genre of programmes has evolved to artificially prolong the careers of people who had no business being famous in the first place.

Career in the doldrums? No problem, you just need a couple of weeks on I’m a Celebrity . . ., accompanied by a fanfare of publicity from Heat magazine and our slavering tabloid press. If you’re lucky enough to win, those nice people at BBC Breakfast will invite you onto the sofa to talk about yourself. I’ll admit my views are a little jaundiced: I’d rather stick pins in my eyes that endure an hour in the company of these culturally and morally bankrupt publicity hounds.

The BBC is also guilty of giving us blatant (unheralded) product placement in the guise of arts-related content. Sneaking under the radar was a recent episode in the BBC series The Beauty of Books, which should have been a godsend for bibliophiles. I made a point of recording the final episode,“Paperback Writer”, because I thought it would be a survey of paperback cover design. In fact, it turned out to be a thinly-disguised half-hour advertisement for Penguin Books — minus the “P” of course.

Granted, the brief running time really wasn’t long enough to do justice to the subject. (The life and loves of Katie Price, on the other hand, require literally hours of carefully edited footage.) But choosing to focus on the evolving cover designs of George Orwell’s 1984 turned this a very one-sided discussion. When they did finally move on, it was to talk about the iconic front cover of Anthony Burgess’s A Clockwork Orange — also published by Penguin.

“Paperback Writer” should have been longer and more wide-ranging in its scope, or it should have been retitled “Plug for Penguin Books”. That way viewers would know exactly what they were getting. As for that totally redundant “P” — I just call it taking the piss.