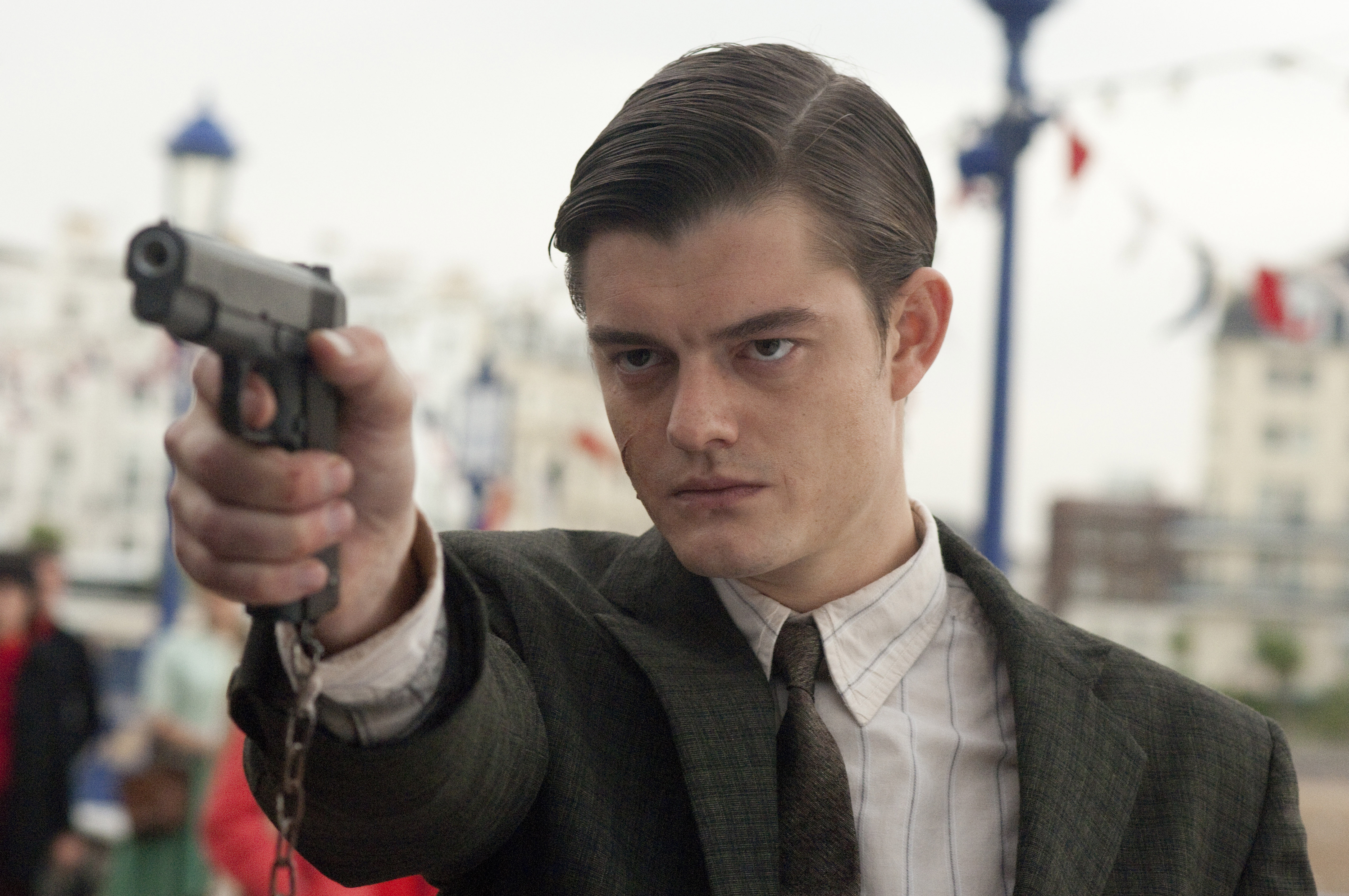 “Brighton’s on the move” and it’s not just those gangs of Mods and Rockers who are having a smashing time on the sea front. Rowan Joffe’s remake of Brighton Rock relocates Graham Greene’s 1938 novel to 1964, an era redolent with youthful rebellion and hair pomade. While the Sixties may not be swinging just yet, Pinkie Brown is determined to cut a swath through the town’s underworld.

Inevitably, the menacing presence of Richard Attenborough’s earlier Pinkie looms over this update. Back in 1947, the cuddly, bearded doyen of the British film industry played the lean, mean killer, with a nice sideline in “carving”. He set the bar very high for anyone else attempting to get under the skin of Greene’s most famous creation after Harry Lime. Sam Riley, best known for his remarkable performance as Joy Division’s Ian Curtis in Control (2007), is the man attempting to embody Britain’s answer to Scarface.

Joffe’s film departs significantly from the earlier incarnations of Brighton Rock, though he doesn’t go as far as Neil Jordan did in turning The End of the Affair into “Not Quite The End of the Affair”. But here again it is the murder of rival gang member Hale (Sean Harris) that forces young hoodlum Pinkie to pursue meek waitress Rose (Andrea Riseborough). She was photographed on the Pier with the victim and Pinkie’s colleague Spooner (Phil Davis), and she later foolishly boasts “I never forget a face”. 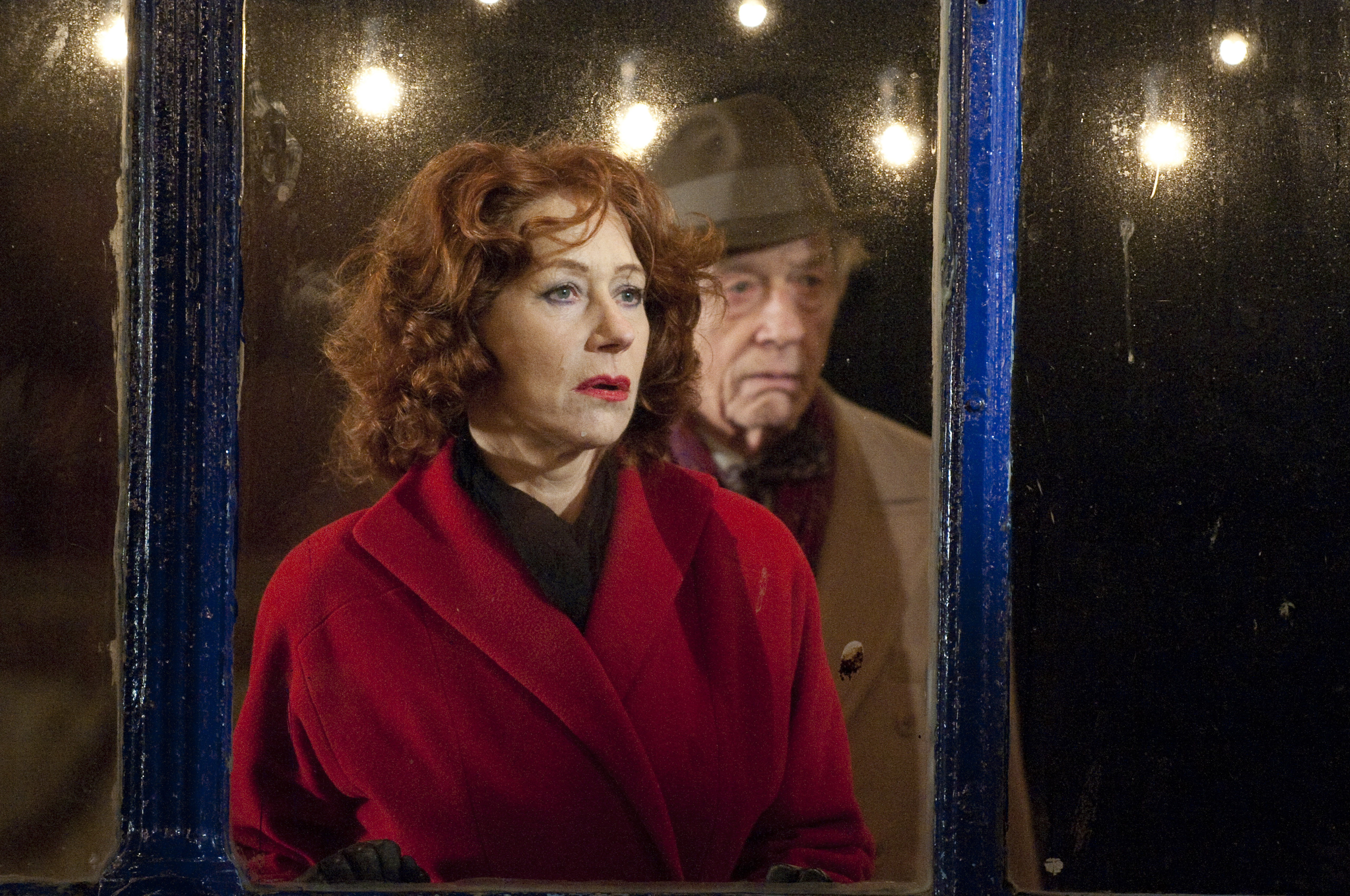 Tea-room owner Ida (Helen Mirren) isn’t too keen on having Young Scarface hanging around her establishment or courting her employee. She feels partly responsible for Hale’s fate and soon figures out that Pinkie is a bad lot. But Rose is smitten and desperate to escape the clutches of her domineering father. Before long, Pinkie is driven to further acts of violence and into a marriage that his own twisted take on Roman Catholicism deems sinful but expedient.

The earlier film of Brighton Rock was a highly effective piece of South Coast film noir. The black-and-white photography captured the sleazy atmosphere of 1930s Brighton – a town from which death offers the only escape. Joffe’s film works with a more colourful palette – from glimpses of fashionable boutiques, to alluring shots of the Palace Pier by day and at night. From the outset he seems to be aiming at more conventional thriller territory, with two mobsters emerging out of the mist to attack and kill Pinkie’s mentor, Kite.

That event, which isn’t in the novel or the 1947 film, acts as a direct trigger for Pinkie’s brutal revenge. Shots of him bludgeoning Hale with a rock under the famous Pier are intercut with day trippers enjoying their innocent pursuits a few feet above. But the approach to depicting violence seems inconsistent to me. Though we watch queasily as Pinkie casually pulls the legs of a spider, the shocking murder of the ageing Spooner – one of Attenborough’s key scenes — occurs off screen. His battered corpse washes up on the shore with a stick of rock rammed in his mouth.

At the risk of sounding like a broken record, I have to mention that ending.

Perhaps it’s my lack of understanding (or interest) in Catholic doctrine, but the theme that emerges most strongly from this remake is not the clash between Good (represented by Ida) and pure Evil (the psychopathic Pinkie). Choosing to set the film in the 60s and casting the 65-year-old Mirren as Ida highlights the fact that she’s part of a dwindling group of old-timers trying to hold back the irresistible tide of youth. Mirren’s Ida, who is a conflation of two characters from the novel, is sensual, worldly-wise and touchingly maternal. She’s more than capable of extracting key information from Pinkie’s naive colleague, during a boozy session at the Cosmopolitan Hotel. Andy Serkis’s oily mob boss Colleoni also finds himself ranged against young upstart Pinkie in the fight to maintain the status quo in the underworld.

As Rose, the downtrodden waitress who resolutely refuses to acknowledge the sadism behind Pinkie’s dark good looks, the versatile Riseborough is more calculating than you might expect. To me she seems less a pure innocent here and more of a pragmatist. As she listens to Pinkie negotiating financial terms with her oafish father, my reading was that Rose has already done her own calculations and made her own moral compromises.

A detailed analysis of the characters, locations and plot elements that have been dropped or changed here would be lengthy, and probably wouldn’t enhance your enjoyment of this film. It may not be Greene’s Brighton Rock but it’s an exciting and well-made thriller in its own right. As “the boy with death at his fingertips” (a memorable characterisation by Penguin Books) Riley gives us a deeply scarred psyche, capable of truly heinous acts. Yet this version doesn’t fully convey the barely suppressed disgust when he kisses Rose outside a cafe, or as he prepares to deflower her on their wedding night. I’m not sure whether it is Riley’s performance or the changes in the story that make him feel more like a misunderstood outsider than the personification of evil.

At the risk of sounding like a broken record, I have to mention that ending. If you’ve seen the old film, you’ll know that Greene devised a gimmicky resolution to the scene in which Rose finally listens to the voice recording Pinkie made at her behest. Will she finally be disabused of the notion that he actually loved her? I hated this scene the first time round and it is no better here. As I said earlier, the intricacies of whether or not Rose is destined for eternal damnation are lost on me. Make of it what you will, but don’t let it spoil the memory of what has gone before.

(Brighton Rock is released in UK cinemas on 4 February.)