“Welcome to the empire of the buried-alive!” As young François (Grégoire Leprince Ringuet) goes into hiding during the Nazi occupation of Luxembourg, he leaves behind a world of fear and mistrust and enters something even worse. The French title of director Nicolas Steil’s debut film is Réfractaire, which is a more accurate reflection of the fact that this is about resistance – both active and passive.

After panning over the exterior of the mine where much of the film is set, the camera closes in on the beaten and bloodied face of the prostrate François. The flashback that tells his story begins with his own description of the grim prospects for young Luxembourgian men in 1944, after their country was occupied by the Nazis. They could either endure forced conscription and become cannon fodder on the Russian Front, or go into hiding and wait for liberation – or death. As first-time director Steil puts it, this was a choice between the plague and cholera.

The first half of the film is like an intensely claustrophobic prison drama, as François is introduced by leader Pierrot (Michel Voïta) to the group of men hiding out in the mine tunnels. Being both middle-class and the son of a collaborator doesn’t endear him to the others – particularly the Communist Jacques (Carlo Brandt), who bristles with hostility. All are dirty, lice-ridden and living in daily fear of being dragged from their hell-hole to an even worse fate at the hands of the Gestapo. If asthma, ulcers or rheumatic fever don’t get you, there’s always the chance that you’ll end up like the raving mad Armand.

Though you can almost smell both the fear and the unwashed bodies in the elaborate network of passages, there’s also a sense of order in the neatly shelved books, the food store and the bunk room. Steil and cinematographer Denis Jutzeler create an eerie kind of beauty within the rough-hewn walls and earth tones that have become home. But then you see the underground privy and you want to retch. 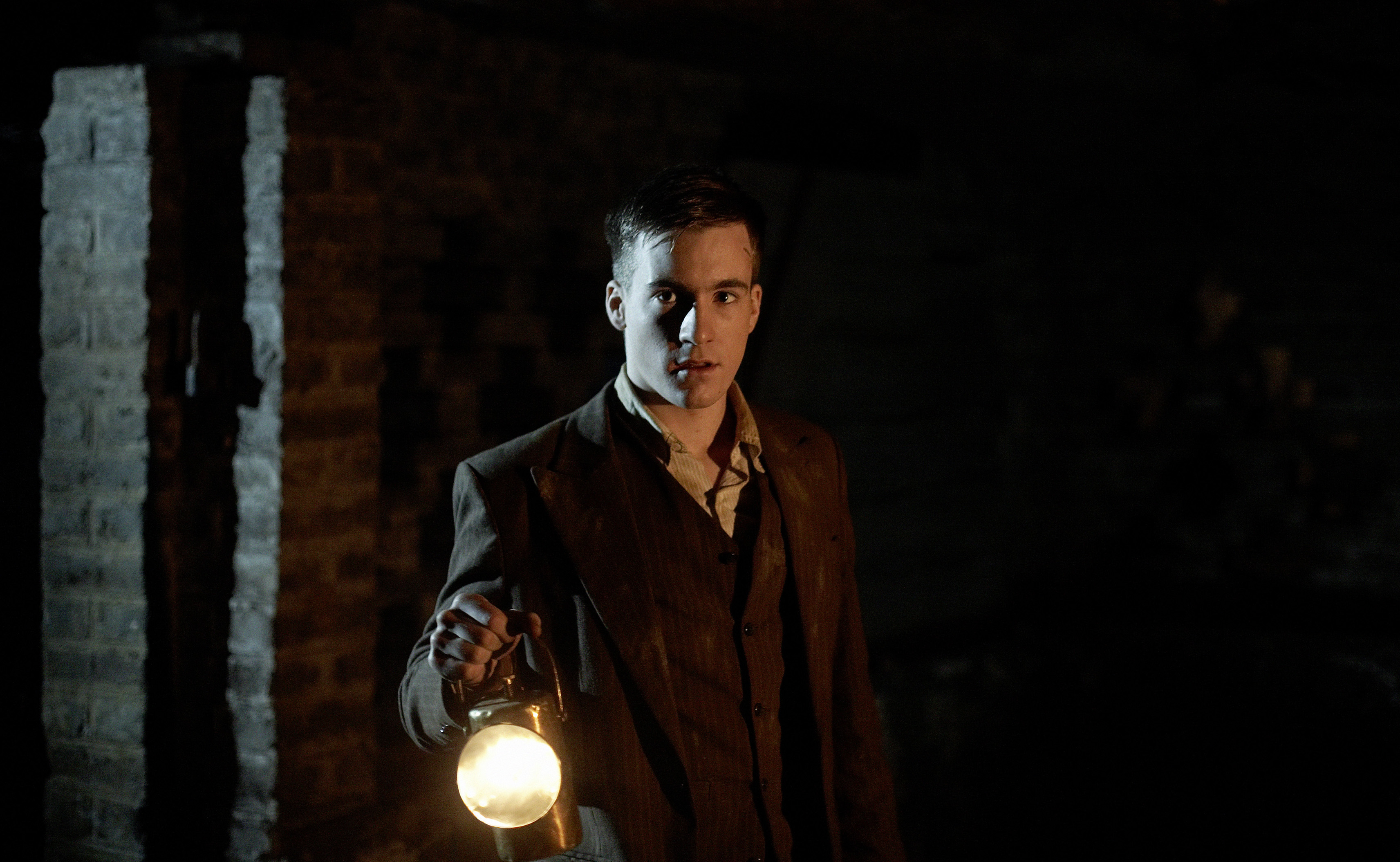 François’s chance to redeem himself in the eyes of the other fugitives comes through his rival, René. The pair had quarrelled over their mutual interest in Lou (Judith Davis) and the fact that René was conscripted while François briefly went to a German university. René’s death on the streets during a night-time foray into town pushes François into an active role in the Resistance, carrying medical supplies back to the mine.

In a TV series there would have been more time to develop this coming-of-age story within the framework of wartime conflict. But this is a 97-minute feature film, so we have to rely on a few flashbacks of François’s unhappy home life with his domineering father, who wants him to study engineering not arts. His determination to go his own way is cemented by the brief scene in which he discovers his father’s body dumped outside their house. That horrific image mirrors the earlier shot of the wounded François.

A romantic subplot involving Malou (Marianne Basler), who hides François from the patrols, is less successful. Basler is effective as the lonely, childless woman, whose husband (well played by Thierry van Werveke) has succumbed to the toxic allure of Nazism. But her candle-lit sex scene with François seems both gratuitous and absurdly reckless – though perhaps extreme danger really is the greatest aphrodisiac.

As the couple conduct their trysts in Malou’s windowless basement room, we’re reminded that François is effectively swapping one prison for another. Later he’s forced to choose between betraying his colleagues or confinement in a Nazi dungeon from which there seems no hope of escape.

The Undercover War shows a young man who is confronted with one unenviable choice after another. François makes a rapid transition from selfishness to self-sacrifice as he tries to atone for his father’s sins and his own role in René’s death. Perhaps the character is supposed to be numbed by his traumatic experiences, but I found Grégoire Leprince Ringuet just too dispassionate — to the extent that I wasn’t really moved by his plight. That’s a problem in a role that puts him on screen in almost every scene.

This is a well-researched and strikingly photographed film, exploring an aspect of the Resistance that I hadn’t seen in other Second World War dramas. Steil’s commitment to the material is made clear in the DVD interview in which he recounts a wartime murder witnessed by his own mother when she was a girl. It is more shocking in its casual brutality than anything in this film, illustrating his belief that “the silent majority didn’t intervene”.

(The Undercover War is released on DVD on 3 January.)