With less than week to go before the start of the XIX Commonwealth Games in Delhi, all I can think about is bathrooms. Images of the insanitary facilities at the Athletes Village have been splashed all over the world’s media, as India’s very own DIY disaster unfolds. I’m not a fan of soap operas (“continuing dramas” as they’re known in TV circles) but this compelling saga of organisational ineptitude and political points-scoring really takes some beating. Then there’s the outbreak of schadenfreude that could prove even more dangerous to the Games than the dengue fever that’s laid low a couple of Indian cyclists. If they awarded medals for sabotaging sporting events, administrators, politicians, and reporters would have the mosquitoes beaten hands down.

Let’s be honest, paw prints and unidentified brown substances in the athletes’ quarters are the least of the problems affecting these Games. Last week a footbridge linking a car park with Delhi’s Jawaharlal Nehru Stadium collapsed, injuring more than 20 people. Now analysts at Control Risks have warned visitors of a heightened security threat in the rest of the country, because resources have been deployed to protect the main Games venues.

With Her Majesty the Queen otherwise engaged, does anyone really care whether these Games should be officially opened by Prince Charles, or India’s President Pratibha Devisingh Patil? Instead of squabbling about protocol, they might as well get someone to dress up like Shera, the cartoon tiger who’s the official mascot for the event. According to the official website, “Shera is also a large-hearted gentleman who loves making friends and enthusing people to come out and play.” To me, he looks like a slightly more timid version of Tony, the ebullient cartoon cat who adorns cartons of Kellogg’s Frosted Flakes. 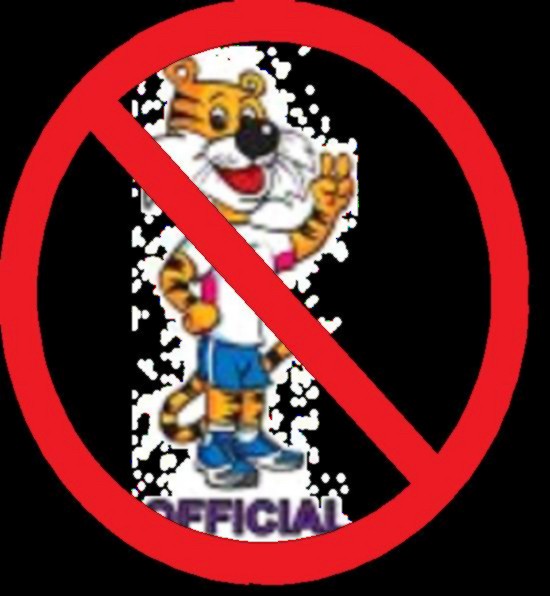 Surely the elephant (or the tiger) in the room here, is whether there’s still a place for these “friendly games” in an increasingly crowded sporting calendar. Watching sport in the 70s, it still felt as though the pursuit of Olympic gold was a really big deal. Now we live in an age in which World Championships in one sport or another seem to be an almost weekly occurrence. For me, the blue riband events in any Olympics have always been swimming and track and field. But since 1993 FINA (“Water is Our World”) has been holding the short course World Championships every two years, while the IAAF’s World Championships in Athletics started as a four yearly event in 1983 and are now held biennially.

By generating so much negative publicity, Delhi has neatly avoided the ignominy of being totally overlooked in favour of this weekend’s Ryder Cup clash. But when the teams are luxuriating in their clean(ish) new bathrooms and the search for scapegoats is over, will there be anything else to get excited about?

The Commonwealth Games won’t be welcoming the monarch, but it will be graced by the presence of Scotland’s Willie Wood — the doyen of lawn bowls. This is one event you won’t see at the Olympics, so the prospect of watching the 72-year-old competing in his eighth Games since 1974 is one that should thrill sports fans everywhere. Wood, author of the irresistibly titled manual A Bias to Bowls is a genuine “golden oldie” But his claim that the introduction of coloured balls is making the game seem more attractive to younger players seems rather fanciful to me.

Then there’s the ladies netball event. A couple of years ago, Prime Minister Gordon Brown made a shameless attempt to get more netball fans to vote Labour by calling for the sport to be included in the 2012 Olympics. It’s only been part of the Commonwealth Games since 1998, and I suspect that anyone who likes basketball will question the point of a sedate, non-contact version of the game, in which players can’t travel with the ball or move out of their zone. That’s right, it’s basketball for killjoys, with arch rivals Australia and New Zealand duking it out for the title of big girl’s blouse.

But the really big news is that tennis is making its maiden appearance at the Delhi Games. Though I cheered Rafael Nadal’s gold medal in Beijing, I’ve never thought that tennis needed the Olympics — or visa versa. Given that most of the game’s top players are from Continental Europe, a Commonwealth tennis event does seem largely irrelevant. Sadly, the one tennis luminary who might have benefited — Scotland’s Andy Murray — will not be there to cut a swathe through the modest opposition. Delhi will just have to make do with his big brother, Jamie, a decidedly inferior specimen.

Yet despite this rather eccentric selection of sports, the big-name absentees and (yes) those mucky-looking bathrooms, I’m still feeling upbeat about the Games. In 2002, when Manchester was the host city, I was gripped by Australian freestyle swimmer Ian Thorpe’s pursuit of seven gold medals. The Thorpedo failed to emulate Mark Spitz’s seven-gold haul in the pool at the Munich Olympics, but six golds and a silver was a pretty good effort. Since then both have been eclipsed by the medal-winning marvel that is Michael Phelps.

Now Thorpe is back in Commonwealth action as part of the BBC poolside commentary team which also includes former British swimmer, Mark Foster, who sports an Olympic rings tattoo above his left nipple. Whatever happens elsewhere, I’m hoping that the Thorpedo will bring wit, erudition, impartiality and the minimum of hysteria to his new role. The last thing these Games need is for the mammoth Aussie to be the commentating equivalent of a beached whale.

(Article first published as Damp Squib In Delhi? on Blogcritics.)