Requiem for the acronym 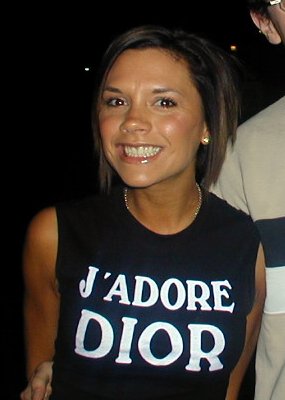 Victoria Beckham: Who are you calling a trophy wife?

Brevity is everything in this age of non-stop texting, tweeting, instant messaging and Facebooking.

As every England football fan knows, the team’s 2006 World Cup campaign was torpedoed by the distracting presence of all those WAGs (wives and girlfriends) wafting round Baden-Baden. A couple of years later, an anonymous poster on The Guardian website suggested that a more appropriate, much ruder, acronym for those credit-card toting time-wasters could be derived from the description “Trophy Wives and Tarts”. Think about it.

Welcome to the wacky world of the acronym. One minute you have a fun, tabloid-friendly and only mildly dismissive term for the Victoria Beckham, Cheryl Tweedy and the rest of the gang. Then, before you can say paparazzi, an aspiring wag (ie witty person) tries to tarnish our memories of those golden days with a suggestion that is much too anatomical.

Acronyms have only been around since 1943, when a man from Bell Laboratories wanted to formally recognise the practice of taking a bunch of initial letters and creating a new and more succinct word like sonar (sound navigation and ranging). It worked. Who even remembers now that scuba (a slightly earlier invention) refers to self-contained underwater breathing apparatus?

I can’t comment on the effectiveness of SWAT (special weapons and tactics) teams, but as an acronym it definitely gets the job done. A macho paramilitary unit can be condensed into a real four-letter word that actually means “a sharp or violent blow”. A unit calling itself PAT or TAP wouldn’t inspire much in the way of shock and awe, would it?

SWAT, ASH (Action on Smoking and Health) and PETA (People for the Ethical Treatment of Animals) are examples of what I would call “A-list” acronyms. A body or organisation gets a short, memorable name that also has the virtue of sounding relevant. Unfortunately, the 21st-century mania for condensing everything into bite (or even byte) sized chunks, means that acronyms and initialisms are both proliferating and dumbing down. So, to borrow a popular initialism, I worry that it may soon be a case of RIP (Requiescat In Pace) for the acronym.

Brevity is everything in this age of non-stop texting, tweeting, instant messaging and Facebooking. But we don’t just need ways to shorten the long-winded names of government departments, sporting bodies or scientific terms. Regular conversation is now peppered with new abbreviations like HAND (have a nice day), OMG (oh my God), and my personal favourite PITA (pain in the ass). I bet you’re LOL (laughing out loud) at that last one.

I do sympathise with the desire to save time and money and avoid the misery of Carpal Tunnel Syndrome, but this lazy new “language” is in danger of making monkeys out of us all. Or should that be goats? When tennis blogs and message boards are buzzing with debate about “Roger Federer the GOAT” (greatest of all time) I know the end is nigh.

So what happened? Well, I’m tempted to blame The West Wing. On the rare occasions when I dipped into that wildly overrated showcase for smugness, sentimentality and Rob Lowe’s teeth, there was usually someone talking about POTUS. This, in case you haven’t watched the show, stands for President of the United States. It’s not a proper word, though there is a passing resemblance to the Latin adjective potens (powerful) that makes me feel slightly better disposed toward it.

To be fair, creator Aaron Sorkin was only trying to reflect the rarified world of Washington political circles, in which acronyms help to make everything sound even more important and mysterious. As JE Lighter’s article in The Atlantic suggests POTUS was probably in play as far back as Franklin D Roosevelt. But FLOTUS (First Lady of the United States), which was bandied about during the Clinton years in reference to Hillary, is just horrible. As for the Republican Party’s cutesy nickname GOP (Grand or Good Old Party) — it really makes me want to reassess my anti-guns stance.

A galaxy of wildly implausible acronyms was part of the landscape of 60s spy yarns. Ian Fleming’s 007 novels introduced SMERSH, a Soviet counterintelligence organisation that apparently means “death to spies”. In the films, SMERSH takes a back seat to the parade of villains from that sinister body known as SPECTRE (SPecial Executive for Counterintelligence, Terrorism, Revenge, and Extortion).

But it’s the Bond imitators who provide some of the best pseudo or contrived acronyms from the period. The British spoof Carry on Spying has STENCH (Society for the Total Extermination of Non-Conforming Humans); the James Coburn Flint movies came up with ZOWIE (Zonal Organization for World Intelligence and Espionage); and the UNCLE franchise turns out to be nothing less than United Network Command for Law and Enforcement.

I know I should be laughing, but as acronyms become ever more puerile I’m starting to think that an organisation like STENCH might be the best way forward for the preservation of the English language.

(Article first published as Requiem for the Acronym on Blogcritics.)