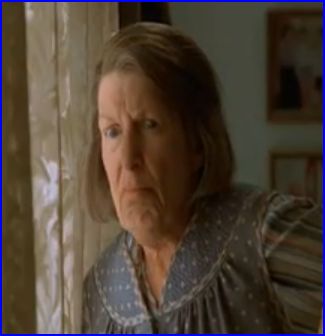 If ever a mother was designed to drive her offspring to crime, depravity and therapy, it was Livia Soprano. The star of David Chase’s acclaimed HBO drama was mob boss Tony (James Gandolfini) — an antihero for our times. But the early years of the show were dominated by the supremely malevolent matriarch Livia Soprano (played by Nancy Marchand), who thought nothing of plotting her own son’s murder.

The Sopranos was definitely a case of the family that slays together stays together. If it had been made in the 70s, life might have been a whole lot easier for the conflicted mobster. In that era of wholesome drama like The Waltons and Little House on the Prairie, he would surely have been blessed with one of those archetypal TV moms, serving up steaming plates of spaghetti and loyally supporting her son’s career in “waste management”.

Hollywood loves heart-warming and tear-jerking tales of plucky moms battling the establishment, their cheating spouses, or the ravages of terminal illness. Think Sally Field and Julia Roberts in Steel Magnolias and you’ll be transported into “disease of the week” territory, which is probably not somewhere any right-thinking movie fan wants to be. Or, as the tagline for Stepmom so eloquently puts it: “Be there for the joy. Be there for the tears. Be there for each other.”

But who would you rather watch — a moribund Susan Sarandon, or the mad-eyed Faye Dunaway getting all bent out of shape over those wire hangers in the Joan Crawford biopic Mommie Dearest? Would The Graduate bear so many repeat viewings if Anne Bancroft’s predatory Mrs Robinson just stood aside so that her daughter Elaine (Katharine Ross) could hook up with pocket lothario Ben (Dustin Hoffman)?

In Arnaud Desplechin’s comedy drama Un Conte de Noel, matriarch Junon (Catherine Deneuve) and her wayward son Henri (Mathieu Amalric) share a smoke and discuss their awkward relationship in terms that would be unthinkable in your average Hollywood sobfest. “Still don’t love me?” she asks. “I never did.” he replies. “Same here.” The subtext of that conversation is a lot more intriguing than the endless scenes of hugging and affirmation that seem de rigueur in productions featuring Sally Field.

They say virtue is its own reward, but why settle for moms baking apple pies when you can have neglectful, homicidal, over sexed or just plain manipulative women making life hell for their offspring. So here are my nominations for some of cinema’s most memorable monsters:

Child abandonment, car-jacking, alien abduction — Julianne Moore’s career as a screen mother has seen more than its fair share of traumas. More recently she was in The Kids Are All Right, a description that definitely couldn’t be applied to her son Tony (Eddie Redmayne) in Savage Grace, the lurid true story of the socialite who married plastics heir Brooks Baekeland. An early scene in which the young Tony is made to read aloud from the works of de Sade during a posh lunch party, offers a clue that this brittle woman has an unhealthy relationship with her boy. From then on it’s a relentless slide into depression, drug abuse, incest and murder.

Mrs. Iselin (played by Angela Lansbury) in The Manchurian Candidate (1962)

“My mother, Ben, is a terrible woman.” Just how bad is Eleanor, the woman at the heart of John Frankenheimer’s prophetic Cold War thriller? Well, she masquerades as a rabid “commie-basher”, but the mother of Korean war veteran Raymond Shaw (Laurence Harvey) has been colluding with the enemy in a plan to brainwash him and create the ultimate political assassin. One minute she’s denouncing Raymond’s girlfriend as a “communist tart”, the next she’s playing matchmaker — with the most malign of intentions. Richard Condon’s novel also depicts an incestuous relationship, which the brilliant Lansbury can only hint at in a chilling climactic scene of self-justification, naked political ambition and twisted “love”.

“I should have given you to God when you were born!” High school is bad enough, but the fanatically religious Margaret makes the home life of teenager Carrie (Sissy Spacek) into a living hell of physical and psychological abuse. The movie’s most indelible image of Carrie drenched in pig’s blood on Prom Night, is almost matched by the scene in which her crazed mother brandishes a text on “The Sins of Women”. Seldom has a woman’s failure to inform her daughter about the facts of life had such horrific and unforeseen consequences.

“Get down to the welfare” is the mantra of this couch potato, abusive mother and consummate liar, who is fortified by her daily bouts of railing at her overweight teenage daughter Precious (Gabourey Sidibe). Perversely, Mary has allowed Precious to be abused by her father, but now blames the girl for stealing his love and forces her into domestic servitude. Oscar-winner Mo’Nique is completely believable as the bully who throws absolutely everything at her child — including a TV. The scene in which she complains about Precious’s cooking — “How am I supposed to eat pigs’ feet with no collard greens?” — sounds like one of the milder episodes in this catalogue of abuse, but I found it one of the most chilling.

Billed as “A Tale of Ham and Passion”, the plot of Bigas Luna’s erotic comedy drama is driven by one mother’s toxic combination of jealousy, snobbery and lust. Sandrelli is the owner of an underwear factory, who’s desperate to break up the romance between her weak son Jose Luis (Jordi Molla) and Silvia (Penelope Cruz), the daughter of a local prostitute. She hires stud Raul (Javier Bardem) to lure Silvia away, but soon realises she wants him all for herself. It all culminates in a fight to the death between Raul and Jose Luis in which (appropriately) a couple of hams are the weapons of choice.