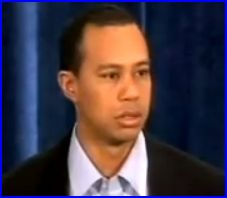 Watching Tiger Woods handing out signed gloves at a recent tournament made me wonder just how far he will have to go to restore his tarnished reputation. Should he start stuffing $100 bills into those gloves in a bid to regain public affection? Maybe not. I think it was throwing large sums of money at some lady “friends” that got the world’s number one golfer into trouble in the first place.

But in sport, as in life, appearance is everything. Just ask David Beckham, a man who has already roadtested more ridiculous hairstyles than the entire English Premier League put together. Imagine the feeding frenzy that would grip the world of wig making should Becks ever go bald.

I think it’s time that Tiger, poster boy for all things Nike, set his sights a bit higher than the “swoosh” — surely one of the most boring logos ever devised. That recent ill-judged ad in which a penitent Tiger gets a dressing down from the disembodied voice of his late father was an embarrassment.

Seriously, who wants to see one of the world’s most celebrated sportsmen being ticked off like a naughty schoolboy who’s been caught smoking behind the bike sheds? It doesn’t say winner to me, and I’m not buying the idea that the golfer’s offences against society are so grave that he needs to market his own line in Nike sackcloth and ashes. Has he killed anyone, defrauded millions of investors or started a war recently?

If he is looking for an image change, Tiger could do worse than ditch the boring black cap and emulate his counterpart at the top of men’s tennis, Rafael Nadal. The Spaniard has enthusiastically embraced the idea that you can be a flamboyant dresser without being a total loser. Notably, Rafa gives the lie to the notion that sporting headgear must be about the ugly practicalities of protecting yourself from the sun, or the possibility of brain damage. Timidity has no place in sport. So the only suitable accoutrement for any star who really wants to be taken seriously is a headband or bandana — the more colourful the better. 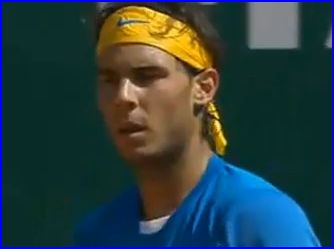 Rafa is just the latest in a long line of tennis champions to popularise the headband. In the 70s there was Bjorn Borg, whose cool stripes matched his icy on-court demeanour. Then along came John McEnroe, whose iconic red band should have acted as a warning to underperforming umpires and line judges that the day of reckoning had arrived. At Wimbleon 2007, Roger Federer tried to bring a touch of old-fashioned elegance to the courts of SW19 in his blazer, long trousers and a white bandana with gold “swoosh”. The jury’s still out on that look, Roger. 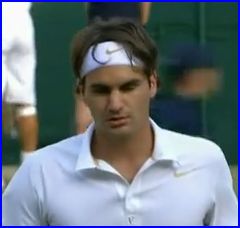 Next week the US Open gets under way next week at Pebble Beach, California, scene of Tiger’s astonishing 15-shot victory back in 2000. With critics waiting to see him fail this time, he could do worse than take his cue from one of the greatest headbands ever to grace the Monterey peninsula — Jimi Hendrix. On 18 June 1967, rock’s most innovative guitar hero set the festival — and his guitar — on fire with a memorable performance of Wild Thing.

I’m not suggesting that Tiger should torch his putter on the 18th green, but a headband and some Hendrix-style swagger would go a long way to making him look like a winner again.