I’ve never been able to sit through more than a few minutes of Michael Wadleigh’s revered documentary Woodstock. Every time it’s on TV, I hope I’m going to catch some footage of Crosby Stills and Nash or Jimi Hendrix. Invariably, what I get is a (split) screenful of hippies partying on down in acres of mud. So I was intrigued by the idea that Ang Lee was making a comedy from Elliot Tiber’s 2007 memoir about his role in this seismic cultural event of the late 60s. And surely it had to be more fun than the Taiwanese director’s downbeat spy yarn, Lust, Caution.

Greek-American comedian Demetri Martin plays Elliot, artist, interior designer and dutiful son of Russian-Jewish émigrés Sonia and Jake Teichberg (Imelda Staunton and Henry Goodman). The family owns the El Monaco, a ramshackle motel in White Lake, New York, where his mum operates a ruthless “no refunds” policy and has a slovenly approach to laundering the sheets. With financial disaster looming, Elliot learns that a music festival due to be held in nearby Wallkill has been cancelled. When he introduces chilled-out promoter Michael Lang (Glee’s Jonathan Groff) and his entourage to neighbouring farmer Max (Eugene Levy), a deal is struck that will change this leafy backwater in the Catskills forever. 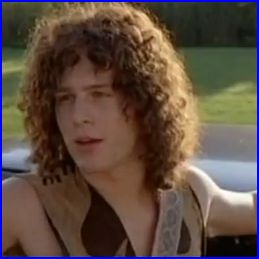 The elements are in place for an almighty clash of cultures between the hippies, Elliot’s initially reluctant parents and the irate locals who don’t want these interlopers. Add to the mix the fact that Elliot is a closeted gay man with a weak father and an overbearing mother and there’s certainly potential here for conflict. Sound on Sight’s Al Kratina writes that “good comedy is a mix of the familiar, the unexpected, and the shocking”. My problem with James Schamus’s script is that there’s very little of the second element here and none of the third – unless you count sartorial crimes like Liev Schreiber wearing a dress or Staunton in her wrinkly stockings.

The jokes spring mainly from clichés about the Jewish propensity for parsimony – Elliot’s dad uses bleach instead of chlorine in the swimming pool – and the always hilarious prospect of people taking their clothes off or getting stoned. A scene in which the motel’s resident theatre troupe dances round a makeshift helicopter pad is later followed by those same thespians gleefully stripping off in front of an audience of horrified locals. Apparently, exposed pubes = big laughs.

But this would matter less if Lee and Schamus had done more with the central relationship between Elliot and his folks.  I haven’t read Tiber’s book, but I understand that it’s a coming-of-age story that deals with his struggle to conceal his homosexuality from his parents, as well as his role in the nascent gay rights movement.

Lee’s earlier comedy, The Wedding Banquet, showed a gay Chinese man contracting an arranged marriage to keep his family in the dark. Here Elliot’s gayness largely takes a back seat, aside from a dalliance with a hunky builder and some heartfelt exchanges with Liev Schreiber’s sympathetic transvestite. I didn’t get much sense here of either conflict or acute embarrassment and I’m not convinced that Martin was the right choice for such a pivotal role.

If you’re a music fan, you should bear in mind that the big event here – the Woodstock festival – remains largely off-screen. (No, they didn’t invite CSN back to reprise their set.) The stage is glimpsed only briefly at the end, as Lee and cinematographer Eric Gautier (Into the Wild) evoke the mud-soaked, rubbish-strewn aftermath of the concert. There are nods to the real event, like the use of split-screen footage and the nuns offering a “peace” sign to the camera crews, but this isn’t an attempt to remake the documentary.

Taking Woodstock feels like a disappointment from the director and writer who so brilliantly and wittily captured the mores of the Watergate era in The Ice Storm. For a riveting depiction of how a major rock festival evolved out of chaos before descending into mayhem and madness, I recommend the Maysles brothers classic 1970 documentary, Gimme Shelter.