Breaking Bad: Not the Greatest Story Ever Told 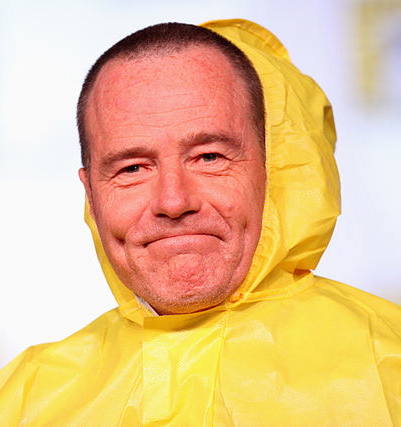 In December I got a Netflix account and decided to have a (Walter) White Christmas by watching all five seasons of Breaking Bad. In case you hadn’t heard, Breaking Bad is regarded as The Greatest TV Show Ever Made by people who divide their time between watching a lot of TV and taking potshots at people who have the temerity to disagree with them.

It is still OK to admire The Sopranos, Mad Men, Game of Thrones, or any of those other dramas previously encumbered with the GOAT (Greatest of all Time) label. But failure to worship at the altar of Breaking Bad means you’re seriously uncool, yo!

The hero (well anti-hero really) of Breaking Bad, is 50-year-old Albuquerque chemistry teacher Walter White (played by Bryan Cranston). Walt, as he’s known to his family, has advanced lung cancer and can’t afford to pay for his treatment. His totally off-the-wall solution is to take up cooking methamphetamine (crystal meth), in partnership with his meth-head former student, Jesse Pinkman (Aaron Paul), who is a Grade A f***-up.

Over the course of five seasons, Walter (aka Heisenberg) and Jesse establish themselves as the equivalent of three-star Michelin chefs when it comes to cooking up their distinctive blue product. But you can’t sell meth without getting into bed (figuratively speaking) with some very bad people. Despite his superior intelligence, Walt becomes so addicted to the pursuit of money, power and revenge that he puts his family in the firing line.

After 62 episodes and around 50 hours of viewing, I concluded that Breaking Bad is the perfect antidote to Christmas TV schedules crammed with saccharine seasonal fare, dim-witted reality shows, and repeats of repeats of repeats. Who needs frankincense and myrhh round the manger, when you can drop in on the life and death struggles in New Mexico’s cleanest meth lab?

In a TV landscape cluttered with shows about lawyers, cops and doctors, Breaking Bad is, in many ways, a breath of fresh air. Instead of endless shots of the New York/LA skyline, we have those barren desert landscapes illuminated by a pitiless sun, where Walter and Jesse begin their meth odyssey, cooking in their RV-cum-mobile meth lab.

This show, created by Vince Gilligan (The X-Files) is intricately plotted and brilliantly acted, especially by the central trio of Bryan Cranston, Aaron Paul and Anna Gunn, as Walter’s wife and partner in money-laundering, Skyler. As thoroughly amoral lawyer, Saul Goodman, Bob Odenkirk gets some of the best lines to go with his hideous shirt/tie combinations. His wardrobe alone deserves a Golden Globe nomination. 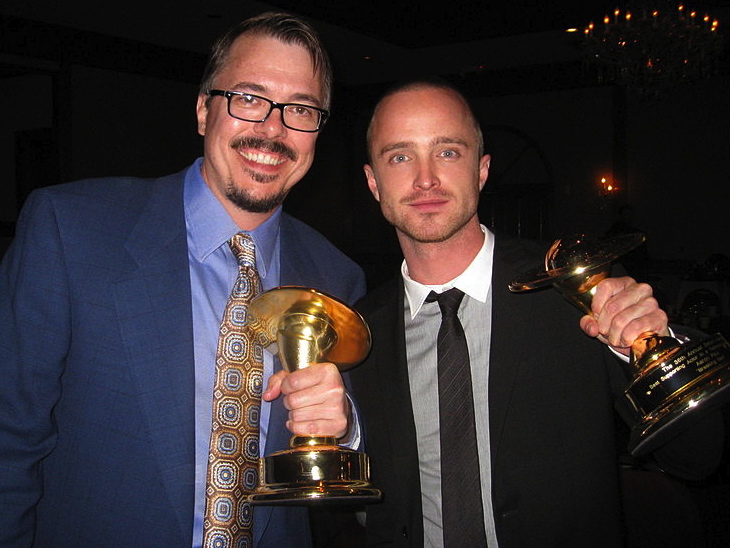 A man with as many secrets as Walter White needs a worthy adversary. In Breaking Bad the forces of law and order are represented by the portly figure of DEA agent Hank Schrader, who just happens to be Walt’s brother-in-law. Jovial Hank is played by the magnificent Dean Norris, and I’m afraid my interest in Breaking Bad took a nosedive when poor old Hank bit the dust (quite literally) towards the end of Season Five.

Of course major characters get bumped off all the time in TV Land. My issue with Breaking Bad is that way before the final episodes I’d decided I didn’t care whether Walter White succumbed to The Big C, got buried alive in the desert, or just fell into a really big vat of Methylamine.

That’s not a reflection on Bryan Cranston’s acting, but on the extent to which his character dominated the show at the expense of developing other figures. I’d have liked a lot more of Hank and the fastidious fast-food proprietor/drugs impresario Gus Fring (Giancarlo Esposito). The lugubrious Mike Ehrmantraut (Jonathan Banks) was the one character who saw through Walter’s intellect and sensed the growing threat he posed. His contribution to Season Five turned out to be far more significant than Laura Fraser’s immaculately groomed Lydia Rodarte-Quayle. Was I the only one who wondered why Walt’s teenage son Walt Jr (RJ Mitte) was marooned at the breakfast table, destined never to get any storylines of his own?

Within the narrow scope of its drugs-related plot Breaking Bad often delivered thrills, surprises and very dark humour. But it rarely moved me, even as the death toll mounted and kids were poisoned and murdered. It didn’t have that quality that should have left me feeling bereft as the final episodes ticked away and my time with these characters came to an end.

So despite the awards, the hysteria and the breathless fan-boy bloggers, Breaking Bad was not for me the Greatest Story Ever Told. When the dust settles and all is said and done, it was just another TV show. You may disagree.