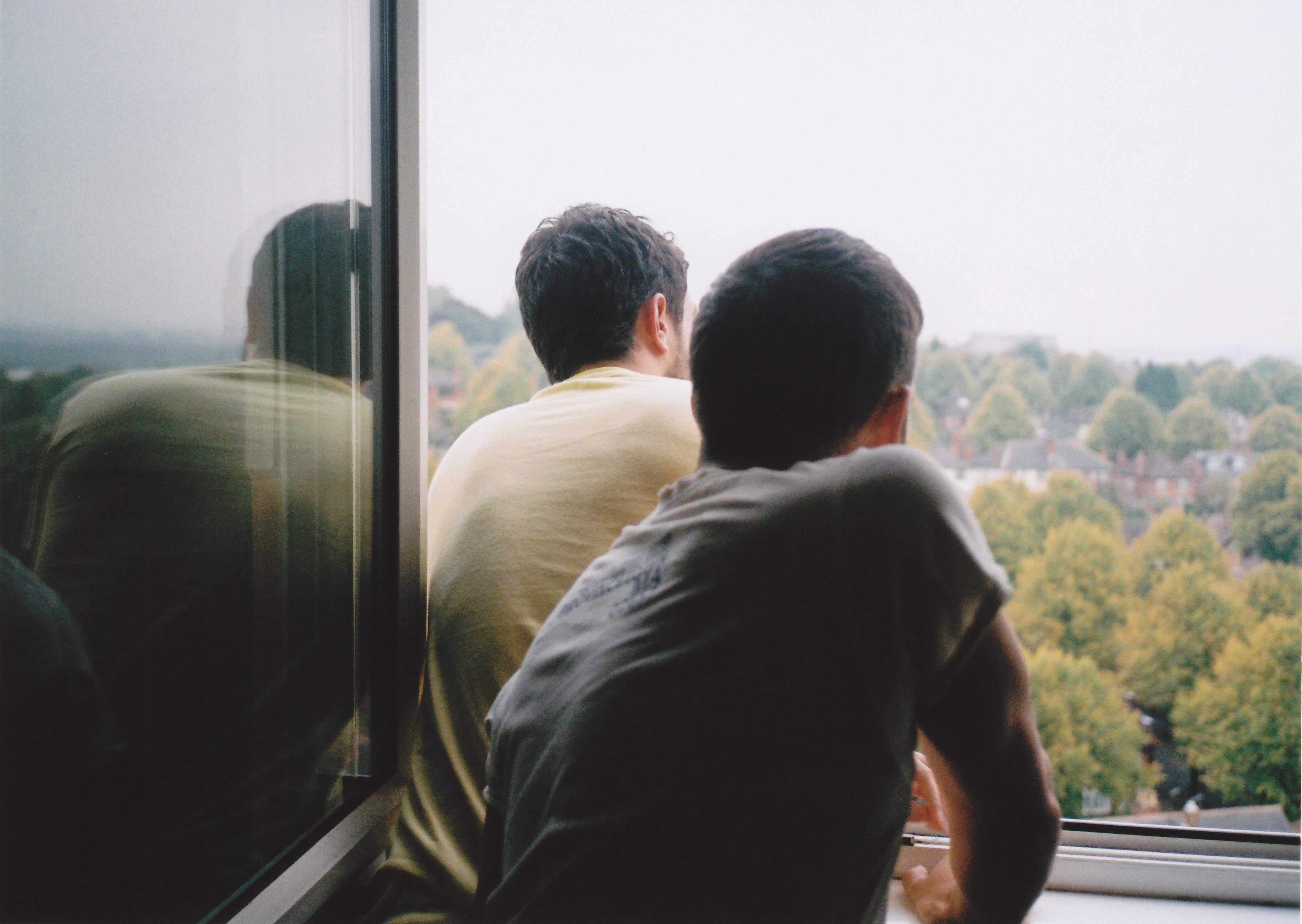 “So is this some Notting Hill moment?” Perish the thought. Andrew Haigh’s Weekend is so far removed from dewy-eyed Hollywood romance, that it’s a shock to hear Roger Michell’s bland romcom referenced here – even in jest. This is love in Nottingham, not a sanitised and virtually unrecognisable corner of west London. But the underpants sported by stars Tom Cullen and Chris New do look a lot cleaner than the ones filled by Rhys Ifans’ scuzzy Spike.

With its domestic setting and emphasis on realism, you might call Weekend a new type of “kitchen sink” drama for the 21st century. Russell (Tom Cullen) is certainly very proud of his cosy flat in a nondescript concrete high-rise in Nottingham. He’s even constructed an elaborate narrative about the provenance of his charity shop mugs. Russell meets Glen (Chris New) in a club one Friday night and they hook up. The real bedroom action begins the next morning, though, when Glen whips out his voice recorder. He wants Tom’s impressions of last night for an “art project”.

Haigh doesn’t overuse it, but the recorder is a useful narrative device for cutting to the chase. So Weekend quickly establishes its credentials as a story about emotional intimacy rather than cheap titillation. What follows is a process of getting to know these contrasting characters as they bond over instant coffee, hummus and other more intoxicating substances.

The clock is ticking on this relationship because Glen is about to leave for a new life in Portland, Oregon. (It’s typical of this film that Glen hasn’t enrolled on an art course in a more obvious location like New York, LA or San Francisco) Of the pair, he is more open about his sexuality — he came out to his parents on Mother’s Day — and much more confrontational. Russell, who works as a life guard at a swimming pool, is unfailingly polite, self-deprecating and less inclined to talk about sex than his crude (straight) colleagues.

Weekend is essentially a two-hander that would probably work well as a theatrical piece. This is a story about people simply talking to each other, with a level of candour, insight and humour that is rarely seen on film. Watching Haigh’s film made me appreciate the skill involved in writing dialogue that is engaging and insightful, but without the slickness and sentimentality that mars the work of the overrated Aaron Sorkin. Cullen and New inhabit their roles brilliantly. You may find Glen cocky, irritating or even pretentious — especially when he talks about trying to “redraw” himself — but you won’t question the sincerity of New’s performance.

Though most of the action takes place in the flat, Haigh does make good use of his locations. The shots of Russell at the pool or gazing out of his window at Glen’s retreating figure are beautifully composed studies in isolation. The only jarring moments in this movie are provided by the straight characters. I found Russell’s scenes with his childhood friend Jamie awkward — though that might have been the point. There’s also a brittleness about the way Russell interacts with Jamie’s wife that contrasts starkly with the easy flow of conversation that dominates the film.

As a reviewer, it’s easy to get stuck pinning labels on a film. Weekend certainly isn’t the low-budget British answer to Brokeback Mountain or Richard Linklater’s talkfest, Before Sunrise. (But Cullen and New definitely make a more believable couple than Hugh Grant and Julia Roberts.) Weekend has picked up awards at several Gay and Lesbian Film Festivals, including San Francisco, Toronto and Hamburg. But it’s also been recognised at the British Independent Film Awards and at this year’s Evening Standard British Film Awards, where Haigh won best screenplay.

Perhaps excellence is the only category that really matters.

Weekend is released on DVD and Blu-ray by Peccadillo Pictures on 19 March. 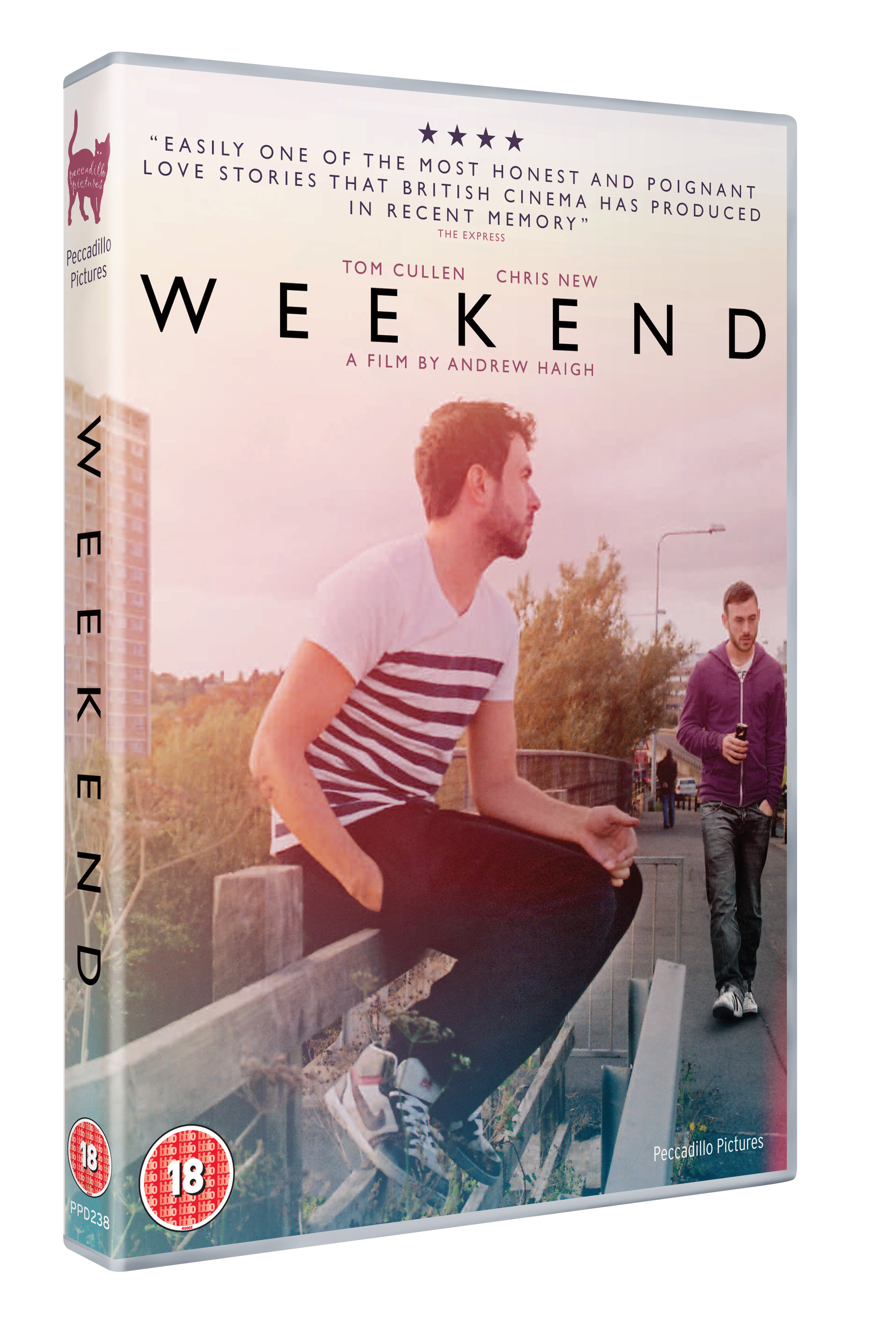