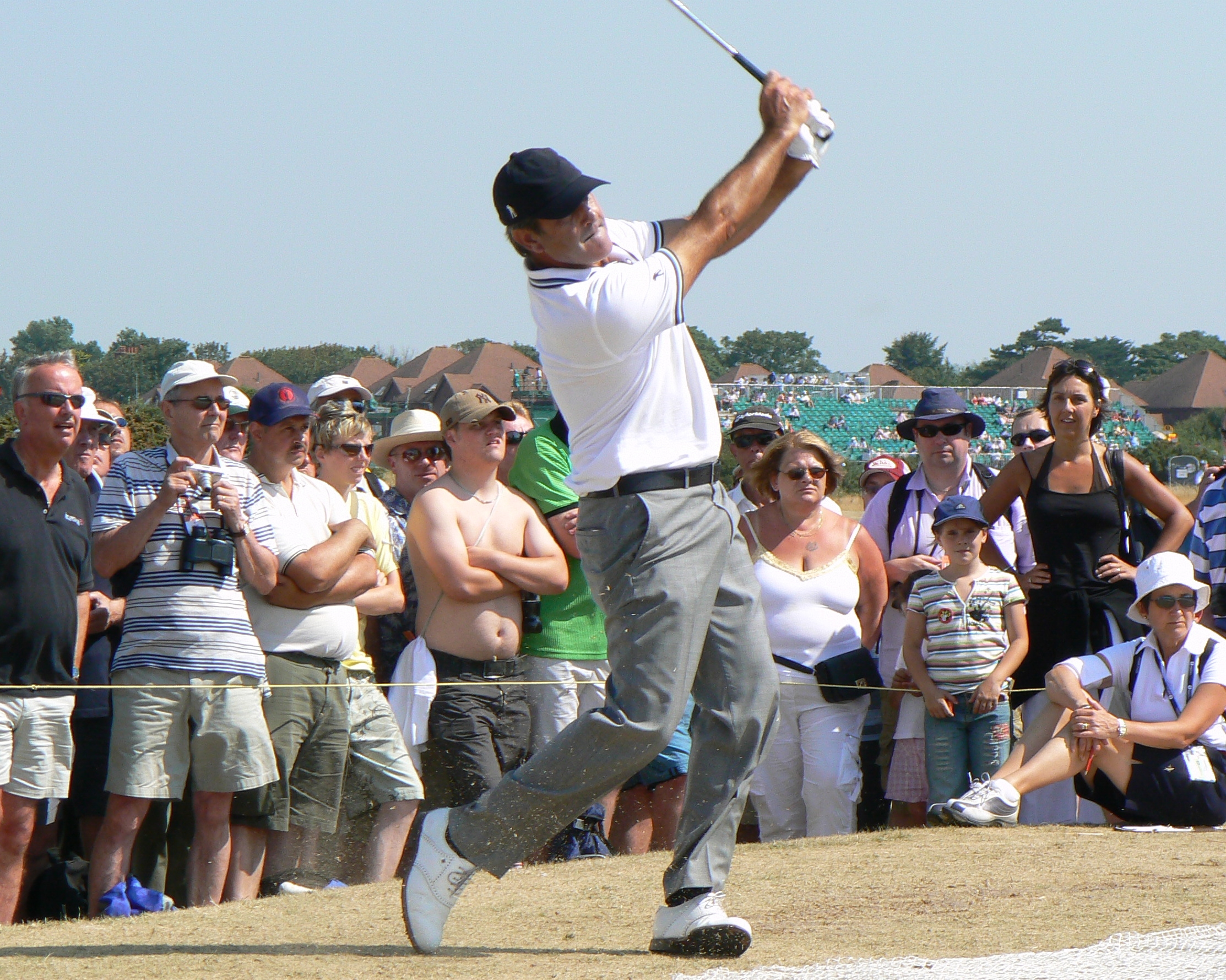 Back in the 70s and 80s, there were two names that used to cause problems for BBC commentator Harry Carpenter — a man famous for swallowing his vowels. One was Martina Navratilova, the other was Spanish golfer Severiano Ballesteros, who died earlier today at the age of 54. Of course we Anglophones needn’t have concerned ourselves with trying to pronounce that tricky Spanish “ll” double consonant. Like Rafa (Nadal), Seve became one of those sports stars who was instantly recognisable by his nickname.

As a teenager, I’m pretty sure I’d never have found much to interest me in the world of golf — until the “swashbuckling Spaniard” came along. The long hot summer of ’76 was all about ABBA, water shortages and Bjorn Borg winning the first of his five Wimbledon singles titles. I didn’t see the young Seve’s joint second-place finish at the Open that year, but I do remember his first Major triumph at Lytham three years later. The wayward nature of some of his tee shots earned him the mocking moniker “Car Park Champion”. Little did golf fans suspect that Tiger Woods would later put car parks in the news for far less salubrious reasons.

Seve’s two wins at the US Masters in 1980 and 1983 were thrilling for European golf fans, who’d had to subsist for years on the fading memories of Tony Jacklin’s triumphs. Ballesteros was the first European to win at Augusta National, and he blazed a trail for Langer, Lyle, Faldo and his compatriot José María Olazábal (a two-time Masters winner). More important, he changed the perception that golf champions had to look — and sound — like the decidedly unglamorous Craig “the Walrus” Stadler, Ray Floyd or “Fuzzy” Zoeller. Cancer may have prematurely aged him, but in his prime Seve was “muy guapo”.

Five Major titles is a meagre haul for a man of Ballesteros’s prodigious talents, but sporting greatness isn’t always about the statistics. Like tennis, golf isn’t thought of primarily as a team sport: most of the time it’s every man for himself. The Ryder Cup competition, was pretty much devoid of competitive interest until Seve’s ferocious appetite for match play helped inspire the European team that captured the trophy three times in the 80s. Even more memorably, he captained the side to victory on home soil in 1997 and was still involved — albeit by phone — when Europe won again at Celtic Manor last autumn. Olazábal will no doubt hope to honour his close friend by retaining the Cup in 2012, but Seve’s absence will be keenly felt.

All sporting idols have their flaws, of course. As Tiger has discovered to his cost, journalists can be very unforgiving if they feel they’ve duped, patronised or just ignored. Looking through my Seve “scrapbook” this morning, I found a reference to his dispute over appearance money in the early 80s. There were also some unfortunate comments the Spaniard made to El Pais on the thorny issue of sexual equality. Apparently, the young Seve believed women were inferior to men “in all sorts of ways”.

That was a long time ago, so I’m going to give him the benefit of the doubt and assume that the mature Seve wasn’t an unreconstructed male chauvinist. From an interview he did with the BBC last year, I do know that Ballesteros remained remarkably stoic through many gruelling months of cancer treatment. By this time he could no longer demonstrate his finesse around the greens, but his love for the game was undimmed.

Like my other idols from that era — McEnroe, Martina and cricketer Ian Botham — Seve was always a winner with great panache. Jack Nicklaus is rightly revered and Tiger may yet take the record of Major wins, but no European golfer has ever been loved and respected the way Seve was.

I do have my doubts about the influence of Twitter on the news media, but today I’m happy to relay this heartfelt and misspelled tribute posted by Lee Westwood:

“It’s a sad day. Lost an inspiration,genius,roll model, hero and friend. Seve made European golf what it is today. RIP Seve.”

(Article first published as Seve: the Swashbuckling Spaniard on Blogcritics.)