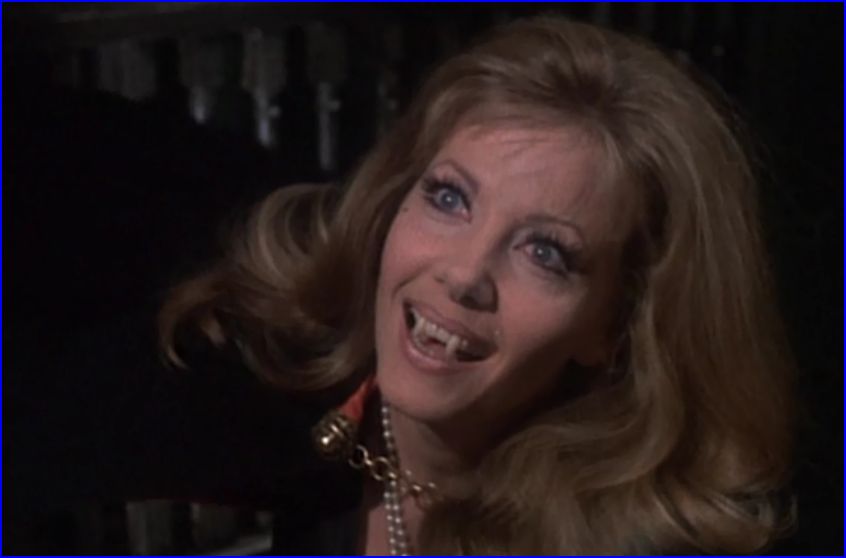 Ingrid Pitt: fangs for the memories . . .

As one YouTube user so eloquently puts it: “Ingrid Pitt, you can bite my neck with pleasure.” The Polish actress and star of films like The Vampire Lovers and Countess Dracula, died on 23 November, just two days after celebrating her 73rd birthday. Sadly, it turns out that all the fake blood she imbibed over the years didn’t make her immortal. Fortunately, her screen image was so indelible that she’ll live on in the hearts and minds of horror fans.

Fittingly, Pitt who was born Ingoushka Petrov, made her screen debut in the obscure 1964 Spanish film El sonido de la muerte, which was known in the US as Sound of Horror. From the brief clip I’ve seen, it would appear that the budget only stretched as far as providing some very unconvincing dinosaur sound effects. Still, even horror queens have to start somewhere.

After uncredited appearances in Doctor Zhivago and Orson Welles’s Chimes at Midnight, Pitt’s first major role was opposite Clint Eastwood and Richard Burton in Where Eagles Dare (1968). Playing waitress/spy Heidi, she gives Burton’s character a glimpse of the cleavage that would soon be as famous as the fake fangs. In an interview in 2008, Pitt revealed that she’d seen off competition from 300 other actresses for this part, after receiving a tip-off from John Wayne’s stunt man, Yakima Canutt.

Two years later, Pitt was finally able to sink her teeth into a really substantial part, with Hammer’s The Vampire Lovers, based on Irish writer Sheridan Le Fanu’s story Carmilla. Top-billed as the predatory Marcilla/Carmilla, Pitt is what you might call the house guest from hell. One look at those dramatic cheekbones and seductive eyes and virginal young ladies are offering up their necks and their bosoms to be ravaged by the insatiable vampire — only this time it’s not Dracula.

These days there are so many bloodsuckers rampaging across our screens — gay, straight and bi-curious — it’s easy to forget what an impact this film and its star made 40 years ago. At a time when Horror and its rival Amicus were upping the quotient of sex and gore to keep the punters interested, there was a danger that titillation would swamp any attempt at nuanced story-telling or genuine scariness.

Though she does float about in (conveniently) diaphanous gowns dispensing rather hackneyed dialogue, Pitt manages to transcend the cheesier elements of the story. To me, that is proof that Pitt had genuine star quality and an understanding of the combination of eroticism and sly humour the material demanded. Compare her with second-rate performers like Yvonne Monlaur and Andree Melly in the utterly feeble Brides of Dracula (1960) and you’ll understand what a difference it makes to see a real woman baring her teeth and her soul.

Though her name became synonymous with Hammer horror, Countess Dracula was Pitt’s second and final film for the studio. In the fang-free story of a real-life Hungarian serial killer, Pitt plays the ageing Countess Elisabeth Nodosheen, who discovers that virgins’ blood can restore her stunning looks — for a while. It’s not long before she’s bathing in blood, kidnapping her own daughter and plundering the countryside for fresh victims.

Annoyingly, Pitt’s distinctive and heavily accented voice is dubbed in Countess Dracula, but everything else looks genuine. You could argue that this role offers more range than your average vampire flick, as the Countess has to come to terms with the limitations imposed by her rapidly deteriorating face and the weakness of the various men around her. It’s a memorable performance in what would otherwise be a rather pedestrian early 70s costume drama.

The back cover of my DVD of The House that Dripped Blood depicts a fang-bearing Ingrid Pitt — all flowing blonde locks and plunging neckline. This portmanteau horror from Amicus also features two of the genre’s biggest stars, Christopher Lee and Peter Cushing, yet it is the image of Pitt from the movie’s final segment that most people remember.

Pitt co-stars with the then Doctor Who Jon Pertwee in a tongue-in-cheek story about a preening horror actor who discovers that his leading lady has wicked designs on his jugular. The scene in which Pitt dons the vampire’s cloak and flies towards a cowering Pertwee is hilarious. I’d like to have seen her opposite Vincent Price (the original choice for the role), but Pertwee does a good job both sending himself up and carrying off some ghastly floral shirts.

Pitt also appeared in The Wicker Man, one of the most revered and unusual horror movies of the 70s. Sadly, the appearances of Pitt and Diane Cilento tend to get overlooked these days in favour of the endless perving over Britt Ekland’s body double in the infamous “dance” scene.

Given Pitt’s murderous track record in those Hammer movies, I like the irony of Edward Woodward’s opening gambit when he confronts her in the registrar’s office: “I’d like to see your index of deaths, please.” He threatens a demure-looking Pitt with jail if she doesn’t co-operate with his investigation into the missing schoolgirl. A virginal policeman attempting to get tough with horror’s ballsiest vampire — now that is a serious error of judgment. 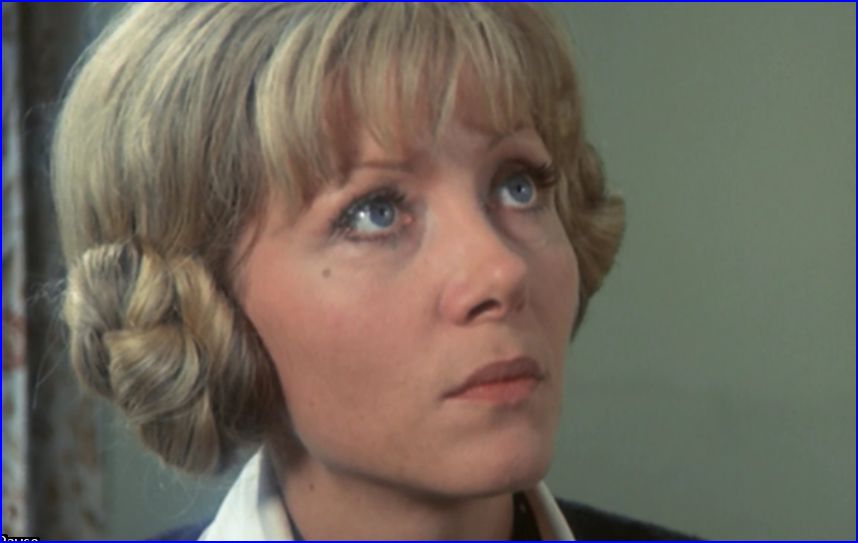 Pitt continued to work on screen in the 70s and 80s, though not with the same impact that she’d made during her brief reign as the queen of British horror. She made a comeback a decade ago, with the low-budget horror The Asylum.

Proving that she was much more than just a pretty face and a voluptuous figure, she went on to found her own theatre company and wrote her autobiography, Life’s a Scream, in which she talked about her memories of imprisonment in a Nazi concentration camp. Her other writing projects included columns for Shivers magazine and several other books in and about the genre that had made her name.

It’s a shame that Ingrid Pitt’s career started too late to encompass the great years of Hammer horror, but she still did enough to justify her reputation as the screen’s most alluring vampire.

This article is also published at Sound on Sight