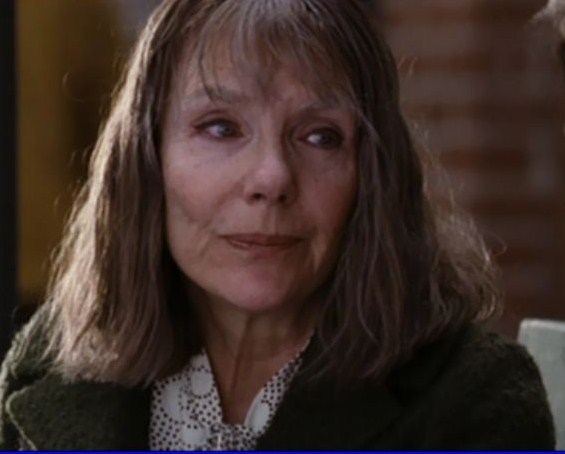 Some actresses toil for a lifetime clocking up credits on IMDb, without ever achieving much in the way of recognition. Others get the awards, the stratospheric salaries and the celebrity spouses. The name of actress Jill Clayburgh, who died yesterday aged 66, will probably be unfamiliar to many — though they may know the face from her many TV roles. But 30 years ago, Clayburgh made one of those Zeitgeist-defining films that ensures her little piece of Hollywood immortality is secure.

That movie was Paul Mazursky’s An Unmarried Woman (1978), the story of an affluent New York housewife, whose husband (played by Michael Murphy) leaves her for a younger woman. I first saw it in the early 80s, when the attitudes towards family, sex and the politics of relationships struck me as daring, sophisticated and somehow rather European. Carrie Bradshaw and her Manolo-wearing cronies weren’t even a twinkle in Darren Star’s eye when Clayburgh’s frank, funny and newly-liberated Erica Benton was taking the plunge in the New York dating scene. Watching Erica and her girlfriends comparing notes on orgasms and dating teenagers is like Sex and the City, only without the disapproving asides from Charlotte.

Hollywood is a good at doing goddesses, heroines, whores and victims — sometimes they are all wrapped up in the same breathtaking package. But I don’t think it’s ever been very good at portraying real women in believable situations without ladling on the syrup or pouring the leading lady into an uplift bra in a bid to make her more sexy. Clayburgh’s great gift was to be attractive, funny and down to earth — qualities that made her sympathetic and engaging rather than just unattainable.

In An Unmarried Woman her husband Martin bursts into tears on the street as he reveals that he’s been in love with someone else for more than a year. Typically, this kind of scene would see the wronged wife sobbing her way through a box of Kleenex, rather than her cheating spouse. Clayburgh’s performance is a masterpiece of restraint that moves from sympathy, to disbelief, anger and then a note of contempt: “Is she a good lay?”. Even as he’s wallowing in self pity, you can see her gaze shifting from him to the gaping hole that is her future.

Clayburgh was Oscar nominated for that film and for her role as Burt Reynolds’ girlfriend in Starting Over (1979). Alan J Pakula’s comedy drama pits Clayburgh against Candice Bergen as rivals for Burt’s affections. But whereas Bergen’s Jessica (the ex-wife) is gorgeous, ambitious and unashamedly high-maintenance, Clayburgh’s more homely schoolteacher sets her sights on a new couch and perhaps a reliable man to share it with. The film may be 30 years old, but I think lots of women will relate to Clayburgh’s heartfelt “I liked being unattached” speech after Burt has failed to identify her as his girlfriend. Great acting can transcend a hackneyed storyline.

Clayburgh, who came from a wealthy New York Jewish family, appeared on Broadway before making her TV debut in 1968. She had a minor role in Portnoy’s Complaint (1972) and by the mid-70s had the leading role (opposite James Brolin) in the biopic Gable and Lombard. As a fan of both Clayburgh and the luminous Carole Lombard, I have very mixed feelings about Sidney J Furie’s poorly received account of one of Tinseltown’s most famous love stories. I’ve never seen the film, and comments like Time Out’s “Brolin is a wax dummy and Clayburgh produces a very modern version of the Lombard larkishness” don’t exactly sell me on the idea of buying or renting the DVD. But Lombard was renowned for being one of Hollywood’s least pretentious goddesses and I like to think that Clayburgh would have captured that aspect well. Perhaps I’ll risk it . . .

Clayburgh also courted controversy in the late 70s with Bernardo Bertolucci’s La Luna, in which she stars as an Italian opera singer who has an unhealthy relationship with her screwed-up teenage son. Those who are easily shocked should probably stay well away from the work Bertolucci, and this film is admired mainly for Vittorio Storaro’s photography. Still, Clayburgh’s willingness to take a risk at what was probably the peak of her career is admirable. It’s the perennial problem for actresses — whether to play the girlfriend role to Hollywood’s hunk of the month, or do something different. You can’t always act as second fiddle to the likes of Burt Reynolds and Kris Kristofferson (Semi-Tough), or Gene Wilder and Richard Pryor (Silver Streak).

I find it sad that many people will be saying “Jill who?” when they see the obituary notices this weekend. Like other fine actresses from the 70s — Karen Black, Susan Anspach and Shelley Duvall — Clayburgh had not exactly been a household name in recent years. For differing reasons, some of her contemporaries like Diane Keaton, Jane Fonda and Meryl Streep have remained major stars. To my knowledge, Clayburgh never branched out into directing, producing or political activism.

Some will remember her as Ally McBeal’s mother, Jeannie, in that bafflingly popular series about the stick-thin lawyer, while more recently she was seen as matriarch Letitia Darling in the TV drama Dirty Sexy Money. Her performance as Agnes Finch, the surrogate mum to Augusten Burroughs, in Running with Scissors (2006) was worthy of an Oscar nomination. But it’s easy to overlook the humanity of Clayburgh’s quietly spoken and unselfish Agnes, in a film dominated by kooky characters and grandstanding performances.

I’m glad that Clayburgh’s final film, Bridesmaids, in which she plays the mother of Kristen Wiig’s Annie, has turned out to be such a huge hit. But for me, Clayburgh will always be the “unmarried” Erica from the first truly adult film I can remember watching. Sexy, appealing, not overly neurotic — a real woman embracing her freedom in a world where men still think they should always have the last word.