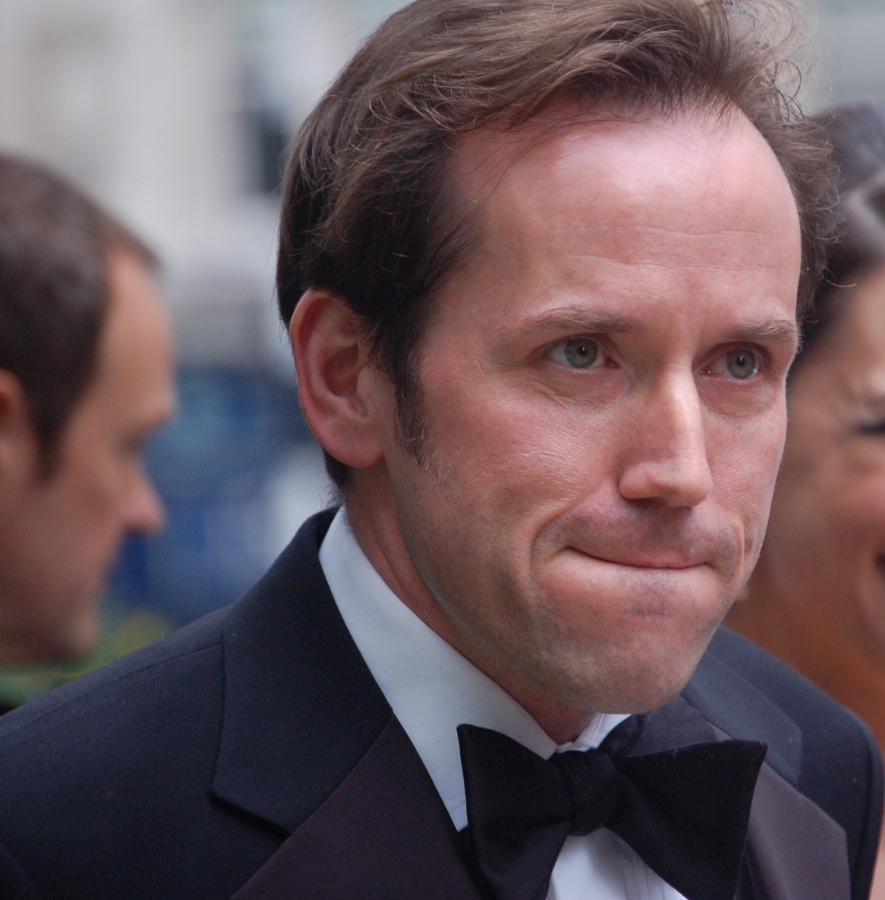 “BEN MILLER’S HUGE” shouted the poster ads for a play about a pair of aspiring comedians, which was produced on the Edinburgh Fringe back in 1993. Seventeen years on, Ben Miller – one half of a double act with Alexander Armstrong — hasn’t quite achieved the stratospheric success of, say, Ricky Gervais or Sacha Baron Cohen. On the other hand, he has finally made his directorial debut, bringing the characters he co-created with Jez Butterworth and Simon Godley to the big screen.

In a dingy London flat, Warren (Johnny Harris) watches videos of his heroes Morecambe and Wise and practises fielding abuse from hecklers. Clark (Noel Clarke) is a waiter in a Greek restaurant, where he gets to hang out with former EastEnder Michelle Ryan and entertain kids with his glove puppet act. They meet during an open mike night at the Stoker’s Hole, where Warren’s faltering performance is rescued by Clark’s timely intervention. Warren and Clark: a comedy legend is born.

If only it were that simple. In a nod to Cinderella, Clark flees the venue, leaving only his (Greek) slipper behind as a clue to his whereabouts. Before long the pair are sharing a flat, working on their material and dreaming of a bright future playing the Hollywood Bowl and schmoozing with the likes of Scarlett Johansson. Life settles into a pattern of incessant bickering and humiliation at the hands of indifferent promoters and impatient punters.

Huge is a film about comics but it isn’t 80 minutes of riotous laughs. As everyone knows, real-life comedians are often depressed, repressed or just boring to be around. You won’t be falling off your chair laughing at well-crafted gags or moments of slapstick hilarity, because we don’t really get to see these guys perform. Mind you, if their oft-repeated “Knock, knock” joke is anything to go by, that’s probably a good thing.

What we do get to see is the start of a friendship that just might evolve into a solid gold comic partnership somewhere down a very long and winding road. Miller and Godley played these lovable losers on stage, so their depiction of the realities of the London comedy circuit feels authentic – sometimes painfully so. The film tries to convey those moments of paralysing fear before a performer hits the spotlight, by muting the dialogue – making the audience appear even more intimidating. One of many low points comes when they’re bounced out of a “Going, Going, Gong” night before they can get through their opening lines.

Apart from knowing this grimy milieu, Miller is also able to call upon the services of his celebrity mates to bolster the cast. Wisely he restricts himself to a brief cameo, but he does wheel out the likes of Eddie Izzard, Harry Hill and Frank Skinner for a scene in which the two wannabes crash the Comedy Awards after party. But it’s Thandie Newton who reveals an unexpected flair for satire, playing a wildly over the top American promoter who takes a shine to the geeky Clark as she blithely dispenses career advice and Class A drugs.

The strength of Miller’s film lies in the performances and the on-screen chemistry of his two leads. As the balding Warren, Johnny Harris (London to Brighton) brilliantly treads the fine line between wild optimism and utter despair, as he tries to break into the most unforgiving of professions. Bafta winner Noel Clarke, who was so menacing in Kidulthood, shows us he can be equally convincing as the kind of mild-mannered geek who attracts women without even trying. We sense that he’s less committed to pursuing his craft than his partner, and it’s no surprise that the climactic scene involves Warren reminding him that being successful isn’t about being nice.

Will Huge, which had its premiere at this year’s Edinburgh Film Festival, live up to its name? It’s a likeable excursion into the backwaters of British comedy, with a script that draws out the dilemmas and insecurities of being a performer. Last year Miller told The Times “We intend to make this film, whether we end up shooting it in glorious 35mm or on my Sony camcorder.” Unfortunately, the grey, grainy and largely out-of-focus camerawork makes this a dismal cinematic experience. It looks as though someone badly needs to upgrade their equipment.