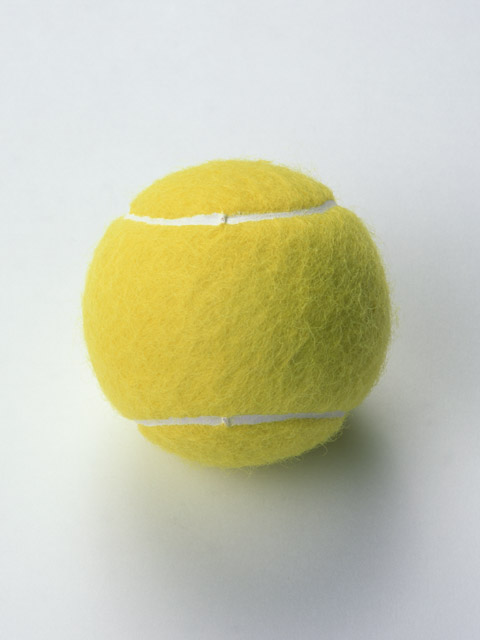 Will Andy Murray ever win Wimbledon? Does Tracy Austin — once affectionately dubbed “the mini Austin” by the British press — have a bit of a crush on fellow commentator John McEnroe? Does anyone ever drink the Robinsons Barley Water so prominently displayed on Centre Court? These, and many other questions, will not be answered any time soon, but that won’t stop the indefatigable Sue Barker and her BBC colleagues from conducting yet another lengthy post mortem on our 74-year wait for a successor to Fred Perry.

It was all looking so promising. With England out of the World Cup and Roger Federer unceremoniously dumped out of Wimbledon, the stage was set for Murray to restore national pride by claiming his first Grand Slam title. The Swiss maestro was a spent force, Andy Roddick had been carved up by the Man from Chinese Taipei, and Nadal was carelessly dropping sets all over the place. Surely a Murray victory was the only logical conclusion.

Or was it? When it comes to tennis punditry, the need to follow the official line — “plucky Brit will triumph” — is hard to escape. Over the years I have watched with amusement as outspoken big hitters like Boris Becker, Martina Navratilova and (yes) John McEnroe have been lured into BBC studios and commentary boxes and made to trot out the same unconvincing lines. Nearly a decade ago I was stunned to see Martina backtracking about Henman’s chances, after she’d written a newspaper column in which she (correctly) concluded that the British Number 1 didn’t have any big weapons.

But the night before the Murray vs Nadal semi-final, rookie Lindsay Davenport pluckily broke with protocol on the BBC and announced that her picks were Tomas Berdych and Nadal. A smirking Tracy Austin declared that she “liked Murray”. Had she actually watched Rafa make mincemeat of Robin Soderling in their quarter-final clash? I suspect that having to share space in the “Pimm’s and Pundits Corner” with laconic Lindsay instead of the mercurial John McEnroe had thrown the normally shrewd Ms Austin off her game.

In truth, there have been a lot of distractions at this year’s Wimbledon. There was the Isner vs Mahut yawnfest, which fooled the uninitiated into thinking that a tennis match lasting 11 hours is good news for the sport. More recently, blundering commentator David Mercer made some ill-received comments about Laura Robson’s “puppy fat”. Presumably he’d be happier if she looked more like Daniela Hantuchova, a woman once described as having as much body fat as a paper clip.

But even the return of tennis’s so-called Spice Girls, Anna Kournikova and Martina Hingis, couldn’t compete with the presence on Friday of Mr Posh Spice himself, soccer legend David Beckham. Fresh from presiding over England’s demise in the World Cup, Becks and son Brooklyn jetted over from Nice to offer their support to the Murray camp on Centre Court. 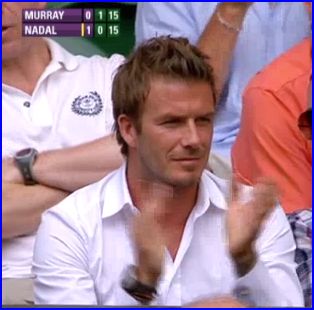 As cameras pointed again and again at the tabloid-friendly features of the former England captain, Rafael Nadal got on with the business of dashing Murray’s hopes of Wimbledon glory. The Spaniard, it seems, is not one to be distracted. He even turned down a chance to meet the Queen during her visit last week, ostensibly because he wanted to prepare for his second-round match.

Murray played very well — at times he was inspired. Yet even as the commentators announced that he’d won more points than Rafa, or that he was serving better than expected, he just kept falling further behind. It turns out that all the expert analysis, the hunches, and the discussion of Nadal’s weaknesses was just a load of hot air. Andy Murray lost 6-4, 7-6, 6-4 to a man who outran him and outplayed him on the points that really mattered. 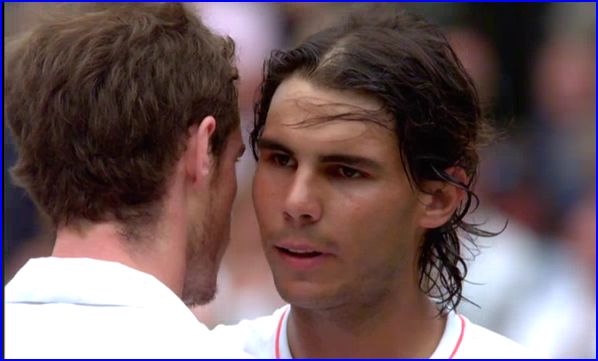 The BBC was, of course, determined to wring every last drop out of the drama, the pathos and the sheer unfairness of it all. Back in the studio, mourner-in-chief Sue Barker was wearing that doleful expression she used to reserve for that black day every year when Henman exited the tournament and “Timbledon” once again reverted to being just Wimbledon. The following morning it was still going on, as Murray’s former coach, Mark Petchey, and Bjorn Borg dutifully affirmed that the Scot can improve and that he’s still got plenty more years to win that elusive Slam.

Perhaps he will do it next year. In the mean time I don’t need any of the BBC’s galaxy of former champions to tell me that Nadal is a very strong favourite to beat Berdych and secure his second Wimbledon title. Once that’s over, we can get right down to the wishing and hoping business again. It’s only 50 weeks until Wimbledon 2011 begins.