Strange things have been happening at Wimbledon 2010, and it’s only Day 3. The tournament began with the usually sublime Roger Federer’s pun-tastically fallible first-round display against the unheralded Colombian Alejandro Falla. Watching the champion’s lacklustre five-set win was commentator John McEnroe, whose questionable decision to dye his hair had already sent me rushing to adjust the colour balance on my TV set.

In case you missed it, “the silver fox” as one British newspaper dubbed him is now dispensing his authoritative views on the game from beneath a mop of sandy brown hair. 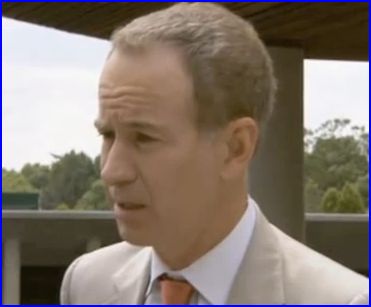 The effect, combined with an ill-advised joke about his ex-wife (Tatum O’Neal), was to make McEnroe seem less like one of the sport’s towering intellects and more like a middle-aged loser on a disastrous blind date. This short video from 7 Reasons.org sums it up nicely.

But Mac’s tonsorial issues were merely a distraction from the events unfolding on one of Wimbledon’s less celebrated courts. Out on Court 18 beanpole American John Isner (6 ft 9in) and French qualifier Nicolas Mahut had seen their first-round match halted at two sets apiece on Tuesday evening because of bad light. Twenty-four hours later, the score was tied at a credibility-defying 59-59 in the fifth set, when this 10-hour marathon once again had to be stopped.

Earlier in the day, BBC football commentator Mark Lawrenson had, somewhat indelicately, remarked that watching England play was “a cure for constipation”. After witnessing only half a set of this unfeasibly long tennis match, I think we may have found a new cure for insomnia.

English fans don’t much like penalty shoot-outs in football — mainly because we’re no good at them. (If you want to make Chelsea captain John Terry cry, just say the magic words “Moscow, May 2008”.) But there’s a good reason why sports have introduced concepts like extra time, “golden goals” and (my favourite) “sudden death” play-offs. Sporting contests should not go on for hour after hour with absolutely no prospect of a conclusion in sight. Stalemate, deadlock, call it what you like, but to me it’s just very boring.

Tennis, of course, does have a tie-breaker. But three out of the four Grand Slams, including Wimbledon, do not use it in the concluding set of singles matches. It’s one of the things we love about the World’s Greatest Tournament — like the strictly enforced rule about “all-white” clothing and those ubiquitous bottles of Robinsons Barley Water.

So as the weary tennis warriors clocked up all sorts of new records — match duration, number of games, number of aces served — we moved inexorably into what I call BBC “car-crash TV” mode. This is what happens when editorial judgment and common sense go out of the window as the Corporation throws more and more reporters at an event in a bid to convince us how very important/significant/unprecedented it all is.

Was a delirious John Isner about to collapse at the umpire’s chair and become the first on-court fatality at this year’s Championships? Was that a six-pack Nicolas Mahut was revealing as he entertained the breathless masses with a timely shirt change? Would the players make some ad hoc arrangement to finish things off quickly if the score reached 60-60? 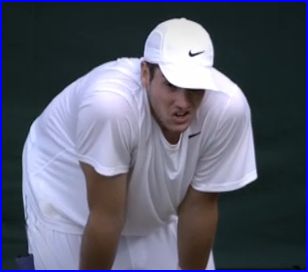 Maybe it was the hair dye or the extreme altitude, but John McEnroe’s views on the contest as he watched from an adjacent roof were verging on the nonsensical. He later told the BBC: “John Isner and Nicolas Mahut’s epic match on Court 18 is the greatest advertisement we’ve ever had for our sport beyond the spectacle of a Wimbledon final like Roger Federer versus Rafa Nadal.” Seriously? To me this seemed more like the tennis equivalent of the punishing and pointless dance-hall marathons depicted in They Shoot Horses, Don’t They?

But of all the verbiage dished up by increasingly hysterical commentators last night, there was nothing to match the frequent assertions that both these record-breaking contestants were somehow “winners” — whatever the result. With 163 games played and no end in sight, it would take a miracle for either man to progress beyond the next round. The truth is they are both out for the count.