The Years of Living Dangerously: how Ozploitation trumped Hollywood 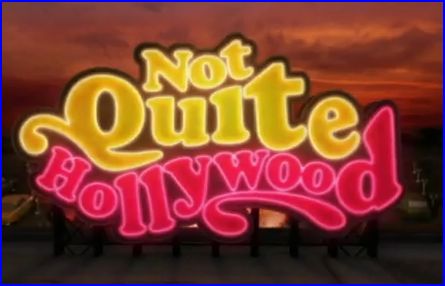 Exploding vehicles (and heads), decapitations, a whole lot of nudity and an overexcited Quentin Tarantino are just the starting point for Not Quite Hollywood: the wild, untold story of Ozploitation!, Mark Hartley’s jaw-dropping history of Australian genre cinema. Forget Picnic at Hanging Rock: it’s more a case of let’s blow up Ayers Rock and set a few people on fire in the process.

Thanks to Peter Biskind’s book Easy Riders, Raging Bulls, we know what Francis Coppola, William Friedkin and Dennis Hopper got up to while they were reinventing US cinema from the late 60s onwards. But I’m bored with hearing the likes of Martin Scorsese and Peter Bogdanovich holding forth about their cinematic influences.

What a relief to find that the Aussie film-makers of the 70s and 80s were not burdened by delusions of artistic grandeur. So here are some unsung heroes who weren’t afraid to risk life, limb and charges of extreme misogyny – all in the name of entertainment.

Brian Trenchard-Smith
Realising that “action transcended all language barriers” Trenchard-Smith’s commitment to The Man from Hong Kong, his chopsocky take on Dirty Harry extended to setting himself on fire in an attempt to get former 007 George Lazenby to perform the stunt. As a salivating Tarantino says, “Knowing that it’s really happening . . . you can’t buy that thrill.” Trenchard-Smith later made the notoriously nasty Turkey Shoot, on which his rationale for transforming it from a futuristic thriller into a splatter movie was “Stunts may be expensive but blood is cheap.”

Terry Bourke
Here’s another film-maker who didn’t allow concerns about actors’ safety to get in the way of telling a story. Among his more “contentious” moves was persuading actress Carla Hoogeveen to get up close and personal with 400 live rats on the horror Night of Fear (1972). He also left a helpless leading lady upended in a giant fish tank for rather longer than was necessary (or healthy) in 1981’s Lady Stay Dead.

Philippe Mora
American stars lured Down Under in the 70s and 80s included Jamie Lee Curtis and Stacy Keach in Road Games and the late Dennis Hopper in Mora’s Mad Dog Morgan (now available uncut on DVD). That the director ever managed to wrap this tale of a psychopathic Irish outlaw is miraculous, considering that his star’s rum-fuelled excesses led to him being thrown out of the country. In The Howling III Mora showed his ingenuity by conceiving a unique marsupial birth scene in which a real mouse inside a werewolf foetus suit (yes, really) emerges from a naked actress’s abdominal pouch. It makes Spielberg’s experiences with Bruce the mechanical shark in Jaws seem rather tame by comparison.

Sandy Harbutt
There are seminal biker flicks and then there’s Stone, proclaimed as “the first honest appraisal” of the lifestyle. Harbutt, described by Tarantino as a visionary, is still in awe of stuntman Peter Armstrong’s near suicidal clifftop bike dive into the ocean. As with Easy Rider, drugs were part of the picture, but real blood was spilled here during an unscripted barroom scalping and a skirmish between the (fictional) Grave Diggers motorcycle gang and the Hells Angels did degenerate into violence. Harbutt says “overly commercial ain’t that easy” and he’s right.

George Miller
Doctor-turned-director Miller’s futuristic revenge flick set new standards for vehicular mayhem in a genre not exactly renowned for restraint. Legendary Aussie stuntman Grant Page, who’d also worked with Brian Trenchard-Smith, broke his leg before shooting began but it didn’t stop him ploughing a car through a caravan with his leg in plaster. Is this the movie that sparked leather-clad avenger Mel Gibson’s taste for extreme cinematic violence? Critics of the Saw franchise probably won’t relish the reminder that it was Miller’s influential “B-movie with A-movie aspirations” that gave writer Leigh Whannell the idea for that sadistic chainsaw/ankle scenario. How Miller went from this to directing Happy Feet is anybody’s guess.